The Burgundy and Gold announced that their rookie running back will miss the entire season with a torn ligament in his knee.
Listen now to WTOP News WTOP.com | Alexa | Google Home | WTOP App | 103.5 FM

WASHINGTON — The Washington Redskins announced Friday that rookie running back Derrius Guice tore his ACL in Thursday’s preseason opener against the New England Patriots and will miss the entire 2018 season.

On Guice’s sixth carry of the night, he was tackled from behind and stayed on the ground. He was initially reported to have been diagnosed with an MCL sprain.

Guice was selected in the second round of the 2018 NFL Draft out of LSU.

The team also announced that tight end Manasseh Garner will miss the season with an ACL injury sustained in Thursday night’s game. 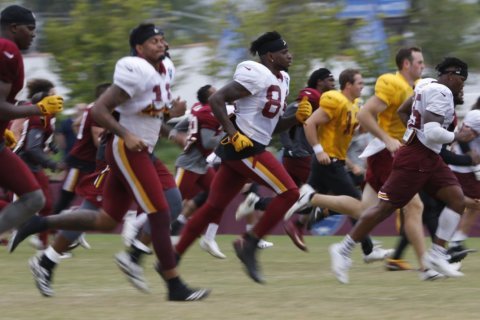