Washington Commanders President Jason Wright set aside the murkiness of a potential ownership change to help announce the opening of the first-ever sportsbook inside of an NFL building.
Listen now to WTOP News WTOP.com | Alexa | Google Home | WTOP App | 103.5 FM

Ron Rivera doesn’t think the Commanders’ unsolved ownership situation will affect the franchise’s football operations, and in a Friday session with reporters, Team President Jason Wright expressed a similar viewpoint when discussing how the murkiness may impact his side of the organization.

“For us, it’s very simple and it’s for me, it’s for Ron: nothing changes,” Wright said at FedEx Field after he helped announce the opening of a Fanatics Sportsbook inside of the stadium. “Build a healthy business, build a winning team and that’s all there is to do. Literally nothing else to do.”

NBC Sports Washington’s JP Finlay recently reported that Dan and Tanya Snyder’s sale of Washington “will be over soon,” as one source put it. Yet until there is complete clarity on the terms of that sale and who will find themselves atop the Commanders, Wright, Rivera and others will have to push on in their day-to-day gigs without a full idea of what’s occurring above them.

Wright, however, didn’t appear bothered by the circumstances at all.

“Business as usual,” he said Friday.

That approach from Wright undoubtedly helped him in his work with Fanatics, which can now boast that it has installed the first-ever sportsbook inside of an NFL building.

The space — one that Wright described as having a “sleek atmosphere” — features eight betting windows, more than 20 betting kiosks, a full-service restaurant and a bevy of TVs and will be open seven days a week from 10 a.m. to midnight.

A handful of pics (plus some deets) about FedEx’s new attraction pic.twitter.com/I6qoSancV4

Per league policy, no bets can be placed on dates that include a Washington home contest.

“It’s a down payment on a revamped fan experience,” Wright said. “They deserve high quality spaces like this.”

For Wright, a former pro running back, the project represented a tangible way in which his view on sports gambling has changed.

During his career as a player, he explained, fantasy football was still relatively new, so the “very rapid evolution” toward events such as Friday’s has required an adjustment in his personal thinking.

For many, though, football and betting are intertwined, and serving that ever-growing group is a major priority for Wright and his peers.

“For younger folks and Gen Z, this is almost the primary way that people engage the game,” he said. “Bit by bit, we want to create things that feel like a situation that the fan of today wants to be in.”

“We want this to feel like a community asset,” Wright later added. 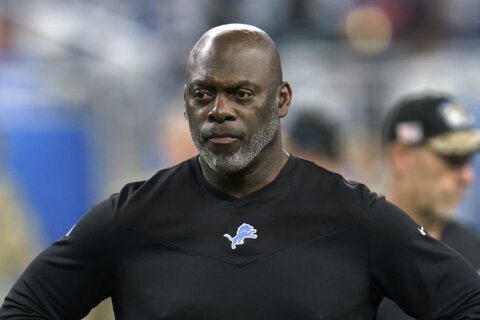 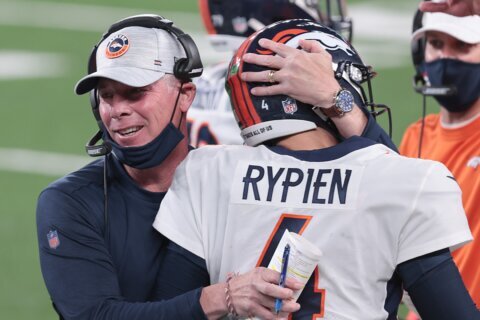