Commanders to unveil Sean Taylor statue prior to Week 12 game vs. Falcons

The Washington Commanders announced they will reveal a Sean Taylor memorial installation at FedEx Field before the team’s Week 12 matchup against the Atlanta Falcons, on the 15th anniversary of his tragic death.
Listen now to WTOP News WTOP.com | Alexa | Google Home | WTOP App | 103.5 FM

Sean Taylor’s larger-than-life legacy is set to be immortalized at the stadium in which he once dominated.

The Washington Commanders announced they will reveal a Sean Taylor memorial installation at FedEx Field before the team’s Week 12 matchup against the Atlanta Falcons. Taylor passed away on Nov. 27, 2007, exactly 15 years prior to Sunday’s game.

This Sunday marks the 15th Anniversary of Sean Taylor's passing 💛

We will honor him throughout the day ⬇️ pic.twitter.com/fs5KBHcdoP

In addition to the statue, the team announced they will wear special ‘21’ helmet decals during the game and limited-edition Sean Taylor Legacy Project merchandise will be available for purchase. The memorial installation will be revealed at 11:45 a.m. on the main concourse of FedEx Field outside section 132.

“Sean’s life was tragically cut short but his impact continues to reverberate through our Burgundy & Gold family,” co-owners and Dan and Tanya Snyder said via a team press release. “This Sunday, on the 15th anniversary of his passing, we honor one of our greats and his legacy by unveiling a permanent installation, so his memory is always with us when we take the field on game day.”

It’s hard to overstate Taylor’s impact on the franchise. Washington drafted Taylor as a hard-hitting safety out of Miami fifth overall in 2004, and he quickly became a centerpiece in the then-Redskins secondary.

In nearly four seasons in D.C., Taylor recorded 12 interceptions, forced eight fumbles, and tallied 305 tackles. He was named to the Pro Bowl in two of his three complete seasons and was a second-team All-Pro in 2007. His No. 21 has been retired by Washington and his name has been enshrined in the team’s Ring of Fame and their 90 Greatest Players List.

Taylor was a bruising and astonishingly athletic safety with a nose for the ball. His play could be used as an instructional tape for young defensive backs. His hits, especially the one he laid on punter Brian Moorman during the 2006 Pro Bowl, are memorable regardless of the era in which he played.

Taylor was killed during a home invasion in 2007. 15 years later, with his legacy still palpable in the D.C. area, his likeness will be made permanently visible to an adoring fanbase. 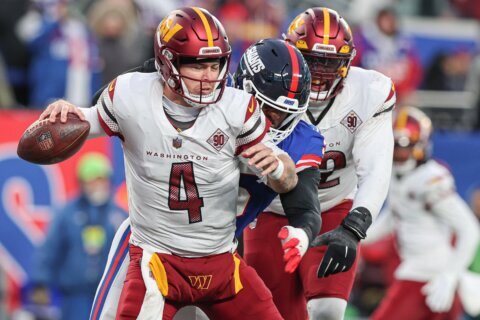