ASHBURN — Ron Rivera described his mood as “a little agitated.”

Near the end of Wednesday’s training camp practice during a no-huddle phase, the offense and defense were getting chippy and arguing quite a bit after a couple of whistles. In doing so, Rivera felt like they were wasting the chance at more live reps, which are as precious for the Commanders this summer as shade is for those watching the action.

“We can’t do that,” he said afterward. “We’ve got to get our asses in position and play football. That’s what I was pissed off about.”

“When the game gets hard, when there’s pressure on you, you can’t do that,” the coach continued. “You’ve got to maintain your focus and line up and play football. You’ve got to get past those things.”

That was probably the most interesting stretch of the mid-week session, but here are more useful notes coming directly from Washington’s facility… 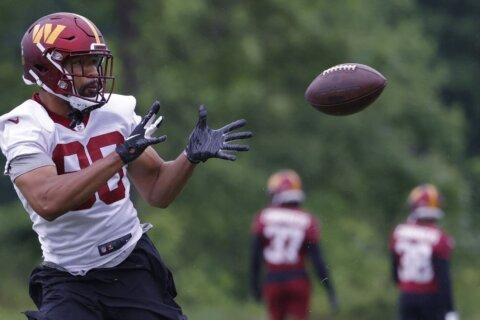