It’s possible, if not likely, that Washington will open its 2022 training camp with their biggest defensive star on the Physically Unable to Perform list: Chase Young might not be able to start practice with the Commanders as training camp begins.
Listen now to WTOP News WTOP.com | Alexa | Google Home | WTOP App | 103.5 FM

It’s possible, if not likely, that Washington will open its 2022 training camp with their biggest defensive star on the Physically Unable to Perform list.

That’s right, after injuring his knee last November, Chase Young might not be able to start practice with the team as training camp begins.

And it’s not that big of a deal.

Expect Commanders coach Ron Rivera to explain this week at his pre-camp press conference that Young is progressing through his rehab and that the roster move is out of an abundance of caution.

There’s no real downside to Young opening on the PUP list. He can be moved to the active roster at any time during camp.

If there isn’t obvious improvement by mid-to-late August, though, then the problems are obviously much larger.

The Commanders staff has to juggle multiple goals with Young. The team can only be its best with the third-year pass rusher on the field wreaking havoc. But last year, even before the November knee injury, Young wasn’t often that player.

Rivera needs the Young from his rookie season — a disruptive, play-making force that demanded offensive lines to alter their approach. Not last season‘s stutter-stepping version.

So the key to getting Young back is not to push it and instead give him the appropriate time to make sure he comes back all the way ready to play. Without hesitation and at full speed.

That’s always the goal with bringing any player back from injury, but with Young and the Commanders codependent on one another for success, it’s imperative.

Elsewhere on the roster, Washington has plenty of additional players to watch as they report Tuesday for conditioning tests before Wednesday’s practice.

A revamped offense would be best served with all of its pass-catching options intact, and that includes tight Logan Thomas and wideout Curtis Samuel.

Word from Ashburn is that while Thomas seems likely to open on the PUP list, he’s recovering quite well from his December knee injury and could even be ahead of schedule. There’s real optimism there.

As for Samuel, his tenure in Washington has been star-crossed. He barely played last season as he fought lingering groin and leg injuries so 2022 represents a fresh start for Samuel, ideally devoid of injuries, but the offseason wasn’t exactly reassuring.

Across May and June, Samuel missed three of the six Commanders practices that were open to the media, and earlier this month he appeared to be absent from unofficial offensive workouts in California organized by new quarterback Carson Wentz.

That said, sources indicate Samuel should open camp on the active roster. Rivera made clear last month that the missed OTA and minicamp sessions were just reflective of the team being cautious with the talented receiver.

It’s not only skill positions on offense with questions.

The interior of the offensive line took a beating last year. Centers Chase Roullier and Tyler Larsen went down with major injuries. Roullier broke his leg and Larsen tore his Achilles.

The PUP list seems likely for both, though Roullier is the bigger concern. Washington’s starting center for the past five seasons, he’s a huge part of the front and ideally would start to get work with Wentz as soon as possible.

Injuries are part of life in the NFL. The ugly truth is more will come as the grind of training camp sets in during the next month.

Assembling an NFL team is like an increasingly complex spider web, where each layer and outer ring makes impacts in a circular pattern, all the way to its middle.

Chase Young headlines the list, but the coaches will be watching up and down the roster for injury news. 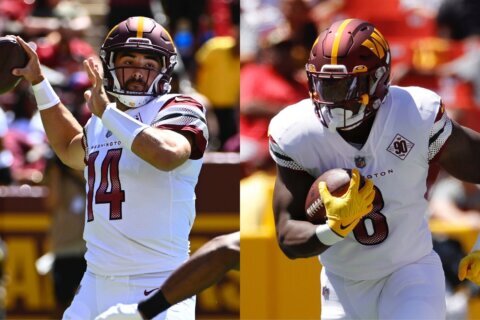 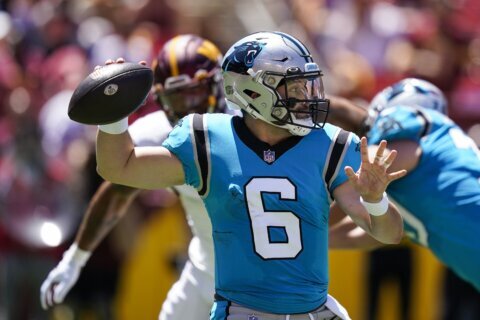 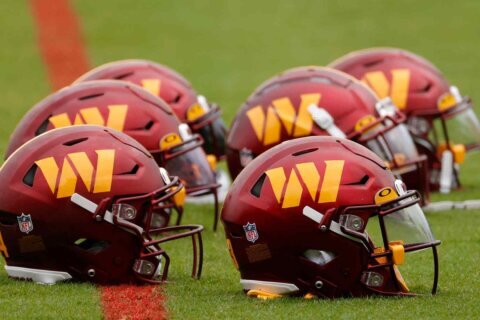