The Capitals ran into the red-hot New Jersey Devils on Saturday and got burned, falling 5-1 to the first-place team atop the Metropolitan Division to kick off their six-game road trip.
Listen now to WTOP News WTOP.com | Alexa | Google Home | WTOP App | 103.5 FM

The Capitals ran into the red-hot New Jersey Devils on Saturday and got burned, falling 5-1 to the first-place team atop the Metropolitan Division to kick off their six-game road trip.

Devils goalie Vitek Vanecek got the start against his former team for the first time and didn’t disappoint, stopping 37 of 38 shots to continue his stellar season. After the Capitals (9-11-3) traded him to New Jersey (18-4) last offseason, he has stepped up as the Devils’ top option in net with opening night starter MacKenzie Blackwood on Injured Reserve.

On the other end of the ice, Capitals netminder Charlie Lindgren struggled to bottle up the speedy New Jersey forwards. Jack Hughes recorded the first hat trick of his young career with three even-strength goals and fellow young star Nico Hischier picked up a power play tally as well.

Washington, which had won two in a row heading into the contest, was held to just one goal by defenseman John Carlson in the second leg of a back-to-back.

Here are three takeaways from the Capitals’ loss to the Devils.

The book on Vanecek during his time in D.C. was always the same: He was a technically sound goalie but struggled to make the spectacular saves a team with championship aspirations would need him to make. On Saturday night, he made the spectacular saves, surviving a high-volume Washington attack that generated 13 high-danger chances.

As the Devils have skyrocketed up the standings, Vanecek’s stock has risen with them. He finished the game with a 10-2-0 record, sporting a .923 save percentage and 2.04 goals against average in 14 games (12 starts) for New Jersey. With Blackwood suffering an MCL sprain, Vanecek has gotten a real chance to make a case for their long-term answer in net.

The 27-year-old had already faced the Capitals once this season, but that appearance came in relief after Blackwood was pulled for allowing five goals in two periods on Oct. 24. Immediately after that game, New Jersey went on a 13-game winning streak that tied the franchise record. Vanecek appeared in 10 of those games and never allowed more than three goals.

Washington can hardly complain about its quality of goaltending this season with Darcy Kuemper as its starter, but Vanecek has thrived since leaving the nation’s capital and he showed the Capitals exactly what they gave up with his performance Saturday.

The Devils entered play Saturday with the most goals in the NHL by players under 25 years old and they added to that total with all five goals coming off the sticks of Hughes, 21, Nico Hischier, 23, and Fabian Zetterlund, 23.

Hughes has been a star in the making for the last few seasons, joining players like the Anaheim Ducks’ Trevor Zegras as part of the wave of young players pushing the boundaries with unconventional highlight-reel goals.

After scoring his first goal on a breakaway enabled by a Lars Eller turnover, Hughes then fired a tight-angle shot from the corner that bounced off the back of Lindgren’s mask into the goal.

With a young core built around Hughes, Hischier and Jesper Bratt, the longtime basement-dwelling Devils look like a team that’s going to be a problem in the Metro for years to come.

Coming off back-to-back wins, the Capitals boarded their flight to New Jersey to begin a six-game road trip that included dates with the Devils, Seattle Kraken and Edmonton Oilers. The team was hoping to turn a corner after a subpar start to the season that had it sitting in seventh place in the Metro before picking up victories over the Philadelphia Flyers and Flames.

However, their winning streak was short-lived after the offense struggled to finish plays all night. The Capitals put themselves in great positions to score, but a couple of bad bounces and some impressive stops by Vanecek limited them to one goal in the game.

Carlson provided the lone goal of the evening, scoring on a shot from the high slot — a spot the Capitals haven’t scored from very often this season.

Yet it was too little too late for the Capitals, who have been held to three goals or fewer in six of their last seven games. They’ll take two days off before traveling to face the lowly Vancouver Canucks (7-10-3) on Monday. 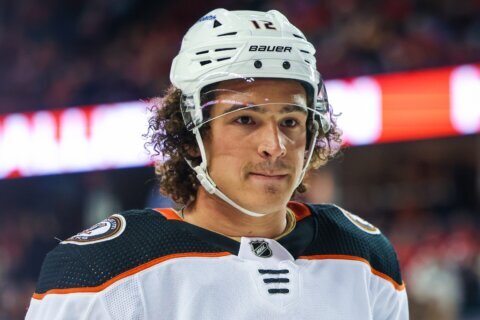 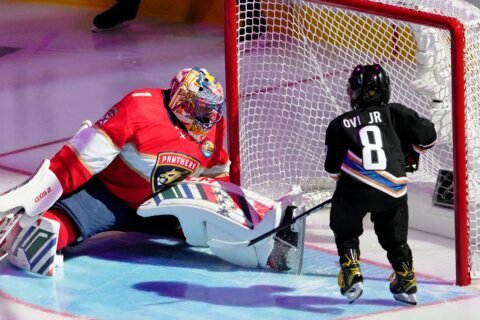 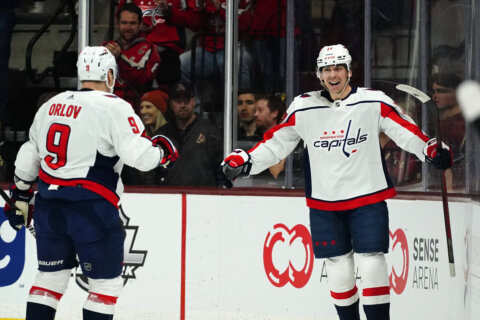