Nicklas Backstrom optimistic for his return after ‘life-changer’ hip surgery

When the Capitals begin their 2022-23 season, they will do so without Nicklas Backstrom. There remains no timeline for Backstrom's return after the veteran forward underwent hip resurfacing surgery in June to deal with a nagging hip injury.
Listen now to WTOP News WTOP.com | Alexa | Google Home | WTOP App | 103.5 FM

When the Capitals begin their 2022-23 season, they will do so without Nicklas Backstrom. There remains no timeline for Backstrom’s return after the veteran forward underwent hip resurfacing surgery in June to deal with a nagging hip injury.

The decision to undergo surgery for a professional athlete is never taken lightly, especially in this case as the procedure is one that has proven difficult for NHL players to come back from. Ultimately, however, Backstrom felt it was a procedure that just could not wait.

“I think I tried everything else to make it better,” he said.

Backstrom has been dealing with the injury to his hip for several years. He underwent arthroscopic surgery in 2015, but the issue began to really hamper him again in the 2020-21 season. Rather than electing for more surgery, Backstrom spent the offseason trying to rehab it and ultimately missed the first two months of the 2021-22 season.

“You could tell he’s been in pain for I think years and the pain has gotten worse for him,” Lars Eller said.

“He was grinding through a lot of pain,” T.J. Oshie said. “A lot of people, I think, would have probably given up.”

Even though it could potentially threaten his career, the pain to his hip eventually led Backstrom to undergo resurfacing surgery.

“This was kind of like the last resort; unproven technology, I want to say, for sports,” Backstrom said. “But I had to do it because I had no other choice. It’s either that or I’ll skate on one leg again.”

He added, “Mentally it’s tough to just live that way, play that way so something had to change. I had [resurfacing surgery] in the back of my head that this was an option so here we are.”

The procedure is the same procedure Ryan Kesler had on his right hip in 2019 and his left hip in 2020. He has not played since. Ed Jovanovski is seen as the NHL’s “success” story for the procedure as he was able to return in the 2013-14 season after undergoing the procedure in April 2013. He played in just 37 games that season before being bought out and he retired in 2015.

Tennis star Andy Murray also underwent the procedure and was someone Backstrom reached out to in order to learn more.

“I talked to a couple of guys that has come back doing sports after. Andy Murray, [NBA player] Isaiah Thomas, a couple guys in the Swedish Elite League play hockey too. … All of them have been positive. That’s obviously good to hear for me that’s going through it. Just going to take it one day at a time and week at a time.”

While the long process of rehabbing continues, the initial result just for Backstrom’s quality of life has been extremely positive.

“It was a life-changer for me in daily life,” Backstrom said. “Just to pick up socks, tie my shoes, stuff like that. And play with my kids, I couldn’t really do that either. So I think it helped me a lot functionally and I’m happy about that.”

Backstrom’s recovery has been so positive, in fact, that it has left him optimistic about a possible return in 2022-23.

Even if he cannot suit up this season, Backstrom has hope for the future. Despite being 34 years old, he clearly is not ready to call it a career just yet. Having the surgery, he believes, puts him back in control of his career.

“You want to finish on your own terms, not because of an injury and feel like you play through stuff that you don’t want to,” Backstrom said. “That was a big part of it. I’m optimistic that I get to do that now.” 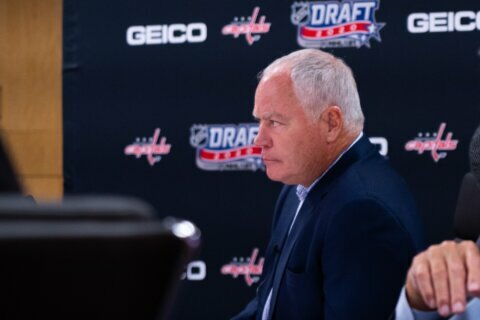 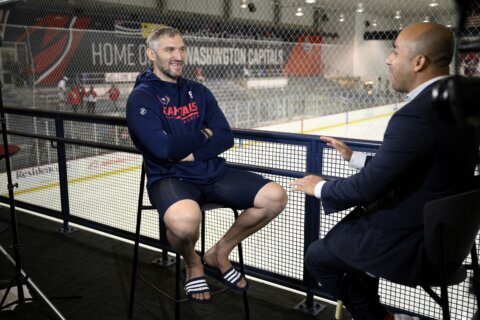 Aging Capitals think they can go on another long playoff run 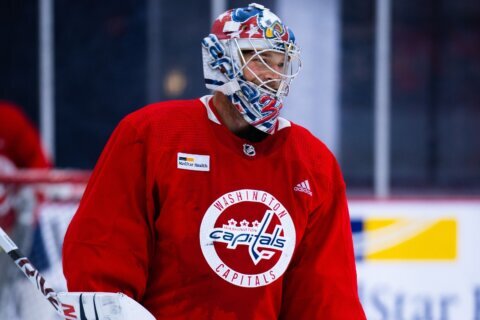