The Jets announced Maurice’s decision on Friday, and said it was effective immediately. Dave Lowry, an assistant under Maurice and the father of Jets forward Adam Lowry, agreed to serve as the interim coach for the rest of the season, general manager Kevin Cheveldayoff said.

Winnipeg (13-11-5) has lost four of its last five games, including a 5-2 decision to the Washington Capitals on Friday night. The Jets lost 4-2 to the lowly Buffalo Sabres on Tuesday.

“This isn’t necessarily a bunch of negative things that stacked up on this,” Maurice said. “This was, I’ve pushed as long and as hard as I can here. I love these guys. They need a new voice, and I know that.”

Maurice said he had lost some of his passion and love for the game, and it wouldn’t have been right for him to continue under those circumstances, or fair to the players.

“I’m looking at them, like one your kids, going you need to fix something here. And it’s me,” Maurice said. “I’m not embarrassed by it. I’m tremendously proud of what we’ve done here and I get to stay that way.”

Maurice, who turns 55 on Jan. 30, coached Winnipeg into the playoffs in each of the previous four seasons. The Jets swept Edmonton in the first round in May and then were swept by Montreal in the next round.

He signed a multiyear extension with the Jets in February 2020.

“Even in the real disappointing losses, I thought we worked,” Cheveldayoff said. “A lot of times you hear the terms … ‘He lost the room’ and stuff like that. I really didn’t think that the guys ever stopped working and I don’t think they ever stopped listening. Did they stop hearing? It’s semantics, but I think there is a different thing.”

Maurice got his first head coaching job with the then-Hartford Whalers for the 1995-96 season. He has a career record of 775-680-99-130, spending two stints with the Carolina franchise and also coaching the Toronto Maple Leafs.

Adam Lowry said it felt like the players let Maurice down, but they’ll regroup under his dad’s leadership. He expects his father’s coaching style will be similar to Maurice.

Lowry, 56, joined the Jets as an assistant coach in November 2020 after serving as head coach of the WHL’s Brandon Wheat Kings. The former NHL player was an assistant with the Calgary Flames and Los Angeles Kings.

“There are going to be things that Dave is going to do different,” Cheveldayoff said. “Sometimes getting uncomfortable in a player’s routine or life, that’s good. I think the players need to get a little uncomfortable here right now. We’re not in a comfortable situation. This team should be better. That’s a simple fact.” 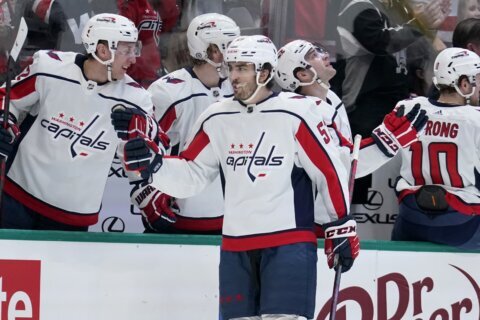 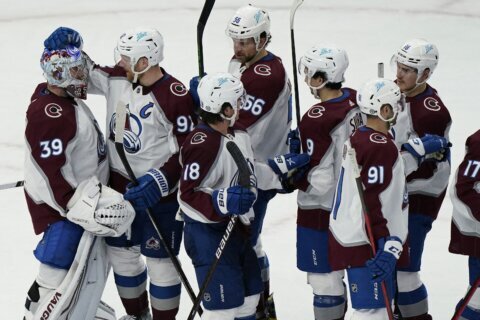 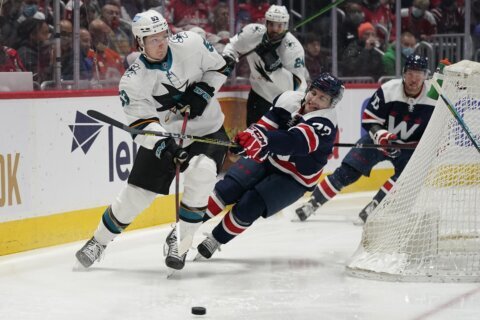