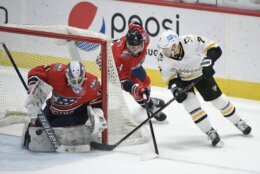 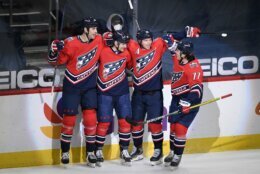 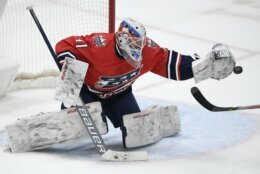 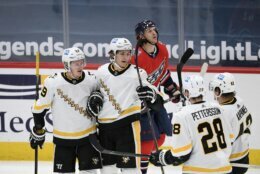 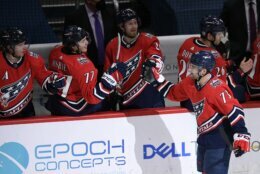 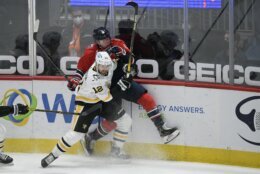 WASHINGTON (AP) — Kasperi Kapanen scored on a one-timer 1:43 into overtime, lifting the Pittsburgh Penguins to a 3-2 victory over the Washington Capitals on Tuesday night.

The Penguins won for the fourth time in five games against the Capitals this season, including two in overtime and one in a shootout.

They also won for the eighth time this season after entering the third period tied or trailing. They moved within a point of the second-place Caps in the Eastern Division.

“It’s a big win for us, especially against these guys who are up at the top,” Kapanen said. “It’s a good feeling to be able to help the team win and see the smiles on your teammates’ faces. It’s been a while since I scored, so that’s always a little bit of a confidence booster, too.”

Kapanen and Jake Guentzel each had a goal and an assist for Pittsburgh, and Evgeni Malkin scored his fifth goal of the season. Tristan Jarry stopped 20 shots.

Conor Sheary and Richard Panik scored for Washington, which only led for 22 seconds all night. Vitek Vanecek made 34 saves.

It was Sheary’s third goal in five games and No. 5 on the season.

“I think tonight we kind of had a slow start,” said Sheary, who has six goals in eight career games against the Penguins. “I don’t know what it was, maybe heavy legs or something like that. But I think we got going a little bit better in the second and then the third was kind of an even period I thought. I think we obviously will take a point, but we know we have better.”

After a scoreless third period, the Penguins scored on their only shot of overtime. Following a Washington attack, Teddy Blueger and Kapanen got loose for a 2-on-1 break. Blueger fed the puck left to Kapanen, who rifled the winning goal past Vanecek’s stick side.

It was Kapanen’s first goal since Jan. 30, stopping a seven-game drought.

Washington turned a 1-0 deficit into a brief 2-1 lead with a pair of even-strength goals in the second period.

But the Penguins erased their deficit lead only seconds after the Capitals went in front, with Guentzel using the shaft of his stick on a redirect at 13:40. It was Guentzel’s sixth of the season.

Penguins forward Jason Zucker had to be helped off the ice midway through the third period after he took an awkward tumble into the boards in front of Pittsburgh’s bench.

Washington entered Tuesday with the league’s third-best power play. But it went 0 for 2 with the man advantage in the loss.

“For me, the game from a 5-on-5 standpoint wasn’t good, and the power play reflected that,” Capitals coach Peter Laviolette said.

FROM CREASE TO CREASE

Jarry got an assist on Kapanen’s overtime goal. It was the goaltender’s second assist of the season and No. 4 for his career.

The teams meet again in Washington on Thursday night. After Thursday, the division rivals won’t meet again until two more games in D.C. on April 29 and May 1. 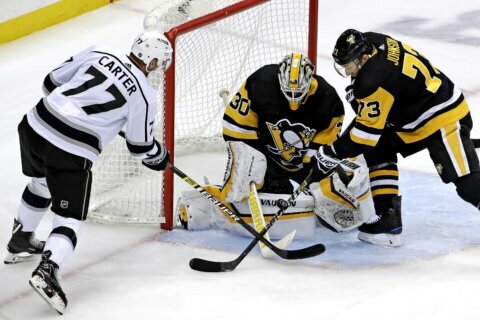 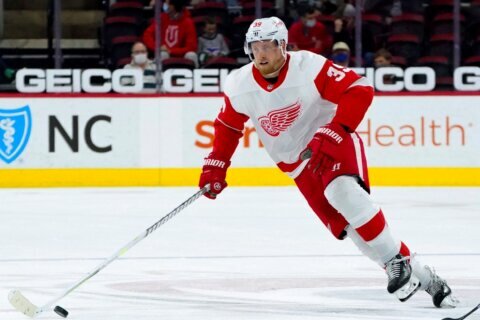