There is one very special — and furry — fan in D.C. who is all in on the Washington Capitals. See video.
Listen now to WTOP News WTOP.com | Alexa | Google Home | WTOP App | 103.5 FM

As the Washington Capitals prepare to begin their season Thursday night against the Buffalo Sabres, they’ll have plenty of fans around D.C. cheering them on as they look to make a run to the Stanley Cup.

The Smithsonian’s National Zoo & Conservation Biology Institute’s panda cub Xiao Qi Ji appears to be a big fan of Alex Ovechkin and company, as the zoo’s Twitter account shared a video of the cub playing with a large model of a hockey puck and a message of support for the Caps.

It’s an adorable video that no one would blame you for watching over and over.

And, if the Caps struggle early on in the power play, it could be wise to enact the “Panda Power Play.” Xiao Qi Ji is dominating possession of the puck, which is all any coach can ask for. 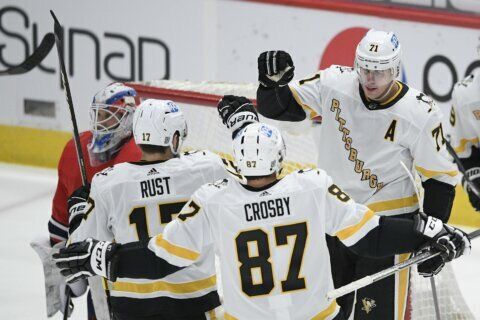 Pittsburgh takes on Backstrom and the Capitals 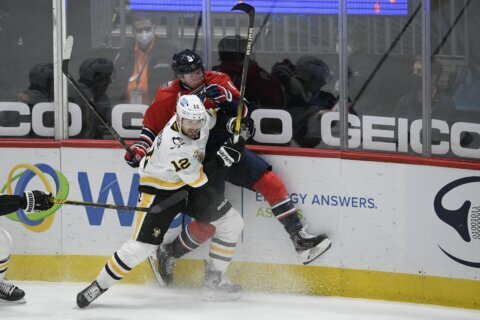