We continue with March 29.

March 29, 1996: Jim Carey made 24 saves and earned his franchise-record ninth shutout of the season as the Capitals beat the Ottawa Senators 5-0 at US Airways Arena.

Dale Hunter, Peter Bondra and Michal Pivonka had a goal and an assist each as the Capitals improved to 11-1-2 lifetime against the Senators.

The 1995-96 season saw Carey become the first Capitals goaltender to win the Vezina Trophy, as he finished with a 35-24-9 record and led the NHL with nine shutouts. Carey’s nine shutouts remain a single-season Capitals record.

More details on Jim Carey’s rapid ascent, and what ultimately amounted to a brief tenure in Washington, can be found in the book excerpt below from ‘100 Things Capitals Fans Should Know and Do Before They Die‘

A MYSTERY FIT FOR A NET DETECTIVE:

The timing could not have been better for the Capitals marketing department. Just as a Canadian comedian named Jim Carrey broke through in the mid-1990s with starring roles in Ace Ventura, The Mask and Dumb and Dumber, the Capitals unmasked a Jim Carey of their own.

Carey – with one ‘R’ – emerged as the Capitals starting goalie as a 20-year-old rookie in 1995. Teammate Randy Burridge nicknamed him ‘Ace’ and Carey soon became known as Washington’s Net Detective. Although clips from Jim Carrey movies played on the Capital Centre jumbotron during timeouts, the Carey in goal was no joke.

After opening the lockout-shortened 1994-95 season with three wins in 18 games, the Capitals recalled Carey from AHL Portland on March 1. Thirty-one days after making his NHL debut, he was named NHL Player of the Month. Carey remains the only player in NHL history to receive the honor after just one month in the league.

By the end of his first pro season, which he split between Portland and Washington, Carey was named Rookie of the Year and Goaltender of the Year in the AHL, and finished as a finalist in both categories in the NHL.

“Has any goalie burst on to the scene, other than maybe Tom Barrasso, and had more of an impact than Jim Carey?” general manager David Poile said in 2017. “He came to us and took off. The guy was a star.”

Carey followed his rookie campaign with one of the best goaltending seasons in franchise history. In 1995-96, he set team records with 35 wins and nine shutouts. He also became the first Capitals goalie to win the Vezina Trophy.

“What was so impressive about him is that he literally just stepped in and took off,” said former teammate Kelly Miller. “He did so well right from the get-go.”

Carey was 21 and the first goalie in NHL history to be a Vezina Trophy finalist in each of his first two seasons. At long last, the Capitals appeared to have found their franchise goalie. Carey a gold medal with Team USA at the 1996 World Cup that summer and signed a four-year $11 million contract at Capitals training camp the following fall.

It would be the last contract of his hockey career.

Just as quickly as Carey rose to the top of the NHL, his career came to a skidding halt. By the time he was 25, Carey wasn’t even playing in the minors, let alone in the NHL.

“I knew early that Ace wasn’t going to be a long-term stay in Washington,” said Olie Kolzig, who watched Carey pass him briefly on the organizational depth chart.

“We had conversations and you knew that hockey wasn’t the driving force in his life. He was good at it, he was making money at it, but he looked at it as a way to make just enough money to retire.”

After going 53-30-12 with 13 shutouts in his first two years in Washington, Carey went 26-35-4 with three shutouts over the final three seasons of his NHL career.

On March 1, 1997, the two-year anniversary of his first NHL call-up, the Capitals traded Carey to the Boston Bruins along with Jason Alisson and Anson Carter for a trio of veterans in Bill Ranford, Adam Oates and Rick Tocchet.

“Jim bore no resemblance to the goalie who had won the Vezina,” former Bruins general manager Harry Sinden told the Washington Times in 2000. “He was flopping and diving and guessing. Everything was wrong. That was as big a drop-off as I’ve ever seen in a player.”

Poile wasn’t necessarily looking to unload Carey when he completed the six-player trade with Boston in 1997. But he was in the market for veterans and when he inquired about Ranford, Sinden said that Boston would need a goalie in return. Given the choice of Carey or Kolzig, Sinden chose Carey.

“Of course, I went for the younger guy who had won the Vezina,” he told the Washington Times. “Obviously, that wasn’t one of my smarter decisions.”

Despite playing for his hometown team in Boston, Carey couldn’t reestablish the passion or the drive that once helped him reach the NHL.

“Some guys are just wound differently,” said Kolzig. “I wouldn’t say hockey was life or death for me, but obviously it was a passion. But everybody is different.”

Miller spent 12 years with the Capitals and can’t recall too many examples like Carey.

“When I look at the guys that I played with,” Miller said, “you look at a guy like Dale Hunter and one of the reasons probably why he had such a long career is that he’s so passionate about the game. You can just tell that he loves to play the game, he loves to be at the rink and he can’t get enough hockey. When I look at Jim, I see a lot of very good skill and obviously a very good goaltender, but I don’t know that he had that same passion that it requires to have a long career.”

On March 1, 1999, four years after earning his first NHL call-up and two years after being traded to Boston, the Bruins released him.

He signed with the St. Louis Blues and went 1-2-1 in his final four games in the NHL.

“There was definitely something missing in terms of the ultimate passion,” Poile said. “Even though he was the best, or could have been the best, it wasn’t the focal point of his life. When we traded him, it could have been a huge mistake because you could rekindle that fire. But it just wasn’t important to him and his career ended prematurely.”

Carey majored in business and healthcare management and has worked in the healthcare industry since 2003. He the President and CEO of OptiMED Billing Solutions and prefers not to discuss his playing career.

“What a goalie,” Poile said. “What a talent. The way he started out, he could have been one of the best.” 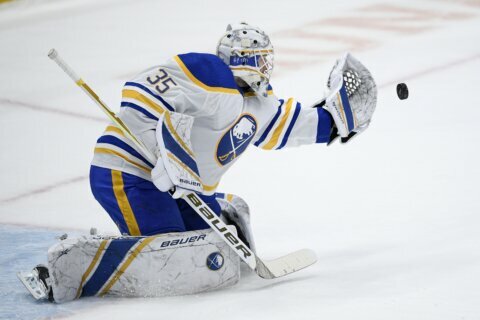 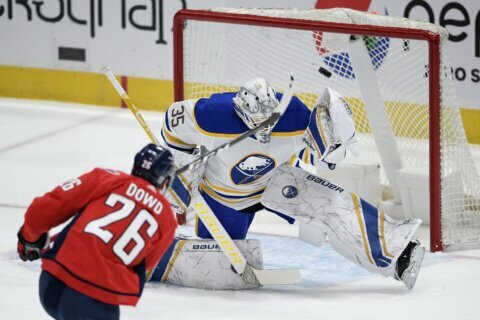 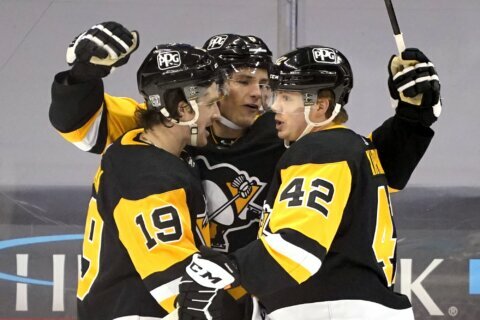