Speaking from his home in Minneapolis, Capitals General Manager Brian MacLellan said he would like to see the NHL play a few games before jumping into the playoffs, if there is a playoffs at some point later this year.
Listen now to WTOP News WTOP.com | Alexa | Google Home | WTOP App | 103.5 FM

Under normal circumstances, Capitals general manager Brian MacLellan would have met with reporters in early April at the team’s headquarters in Arlington. He would have evaluated the regular-season while offering a sneak peek into the Stanley Cup Playoffs and all the fantastic possibilities they could bring.

Of course, very little is normal these days.

With the NHL season on pause since March 12 due to COVID-19, MacLellan spoke to reporters Monday via conference call. He did so from his offseason home in Minneapolis, where he is spending more time with family, including his two daughters and grandchildren.

“It’s been different,” MacLellan said. “It’s amazing how your life just comes to a halt and all the things you do day-to-day don’t matter anymore and all of a sudden there’s a big picture, there’s a reality going on and all the little things you’re concerned about on a daily basis don’t really matter much. All of a sudden, you have time and you’re doing stuff around the house, you’re touching base with family more, you’re doing more family things. It’s a change in lifestyle and it’s a change, probably, in priorities.”

download audio
BRIAN MACLELLAN ON HOW LIFE AND PRIORITIES HAVE CHANGED

While MacLellan is taking advantage of the increased time with family, he continues to keep close tabs on his work family.

On the health front, MacLellan said the Capitals haven’t had any players showing symptoms of the coronavirus or experiencing any sickness.

Head athletic trainer Jason Serbus has remained in constant contact with team personnel and provides updates to MacLellan at least once every other day.

Outside of the health of his players and their whereabouts — 14 players have remained in the region, nine have gone elsewhere, primarily for family reasons — there was little MacLellan could offer definitively during his 20-minute call.

So much remains fluid for the NHL from when play may resume to what it could look like when it does.

“We’re trying to be prepared for anything that might come down the hopper on if we get a chance to continue to play,” MacLellan said. “Whether it’s in June, July or August, we try to be as best prepared as we can for that.”

One of the issues the NHL will face if it returns the summer is how the rest of the 2019-20 season would be played out. Most teams have about 12 or 13 regular-season games remaining.

Alex Ovechkin suggested last week that he’d be fine to jump right into the Stanley Cup Playoffs and forgo the rest of the regular-season.

While it’s hard to imagine the NHL completing the regular-season itinerary and getting in a full postseason, MacLellan said some regular-season play would be his preference.

“I think ideally if time permitted, you would like a few games, but I would also be OK with jumping in the playoffs,” he said. “I think for the benefit of the quality of play and the players’ health, ideally you’re playing a few games before you enter the playoffs.

MacLellan also said a few regular-season games might be needed for the sake of integrity.

“Fair to me would be all teams play the same number of games, both home and away, so depending on the time you have when we come back, or if we come back, you could set the schedule at 72, 74 games.”

That scenario, involving some teams well out of playoff contention having to come back for just a handful of games in the middle of the summer seems unlikely.

But that’s the challenge here.

So much is uncertain around the globe, let alone within the NHL bubble, that it’s hard to predict which scenarios are most appropriate as the NHL looks to crown a champion without compromising the integrity of the competition.

download audio
BRIAN MACLLELAN: ON POSSIBILITY OF PLAYING INTO JULY AND AUGUST

“There’s no set answer to it because I don’t know how much time we’re going to have,” MacLellan said.

“Do we have eight weeks? Do we have ten weeks? Do we have more than 10 weeks? Depending on that time frame, and if that’s even legitimate at the time, you would have to set your schedule there. So could you shorten a [playoff] series? Could you shorten the end of the schedule? I think all those options are on the table and I think it’s just how the virus plays out and how we handle it and how much time we would have to get a season in if we could get a season in at the end.”

Even if play does return this summer, expectations may need to be tempered. While some players have the luxury of a private home gym, training and conditioning is a challenge for most as public gyms, ice rinks and team facilities remain closed.

Capitals players have been receiving weekly video programs from strength and conditioning coach Mark Nemish, but MacLellan added that with players not necessarily having access to the same exercise equipment at their homes, the process is tough and it will likely affect the quality of play if the NHL returns in the coming months.

“It’s going to be a challenge,” he said. “We’re going to end up being at least two months off, and to come in at various levels of conditioning — some of it out of the players’ hands — it’s going to be a hard thing to accomplish, to get players into game shape and send them into a playoff type situation almost immediately.” 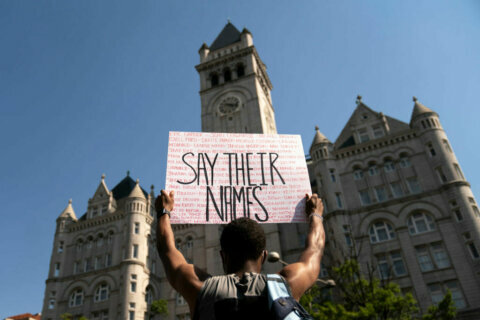