Dozens of sleep-deprived Capitals fans in search of morning-after Stanley Cup gear were standing on the Wisconsin Avenue sidewalk Friday morning, waiting for Modells Sporting Goods to open its doors at 6 a.m.

All had watched Thursday night’s 4-3 Game 5 victory over the Vegas Golden Knights — some at home, some on the huge screen outside Capital One Arena. Some had slept a few hours, others had not.

Modells, Dick’s and other sporting good chains had opened their doors immediately after the final horn Thursday night, to sell Caps merchandise, which had arrived in boxes Thursday, with the instructions: “Do not open unless the Capitals win.” 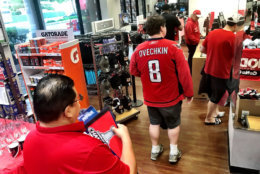 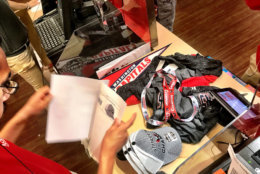 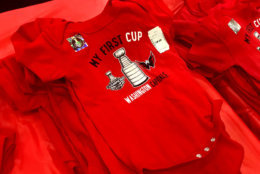 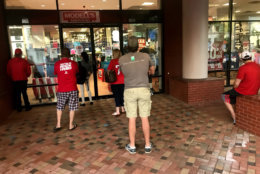 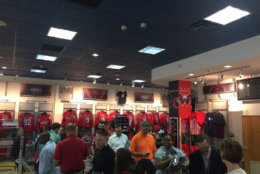 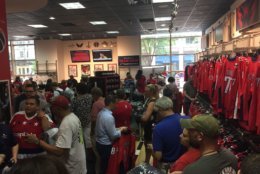 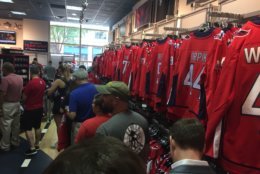 By 6 a.m. Friday, displays were coordinated, waiting for joyous fans to snap up items including the light gray cap Alex Ovechkin wore immediately after the game.

“I wanted the ones the players had on last night,” said one woman, as she bought hats and shirts that she said she plans to wear “today at work, and then at the baseball game tonight.”

Entering the store in an Ovechkin uniform, a fan who said his first name was Alex — seriously — said he planned to wear his new $34.99 to his job Friday. “Technically not allowed, but see if someone protests.” 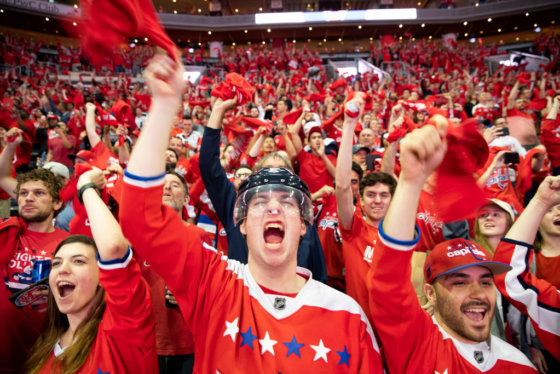 Within minutes of doors opening, another fan was in line at the cash register, ticking off mementos he said he’ll share with his wife: “I’ve got T-shirts, stickers, license plate frames, pennant, a welcome mat.”

Modell’s store manager Larry Smith said, “We had a mountain load of boxes delivered Thursday morning, and we still have plenty of it left.”

Smith said fan support for the Capitals has been palpable 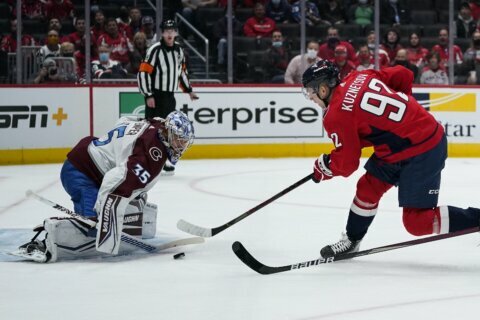 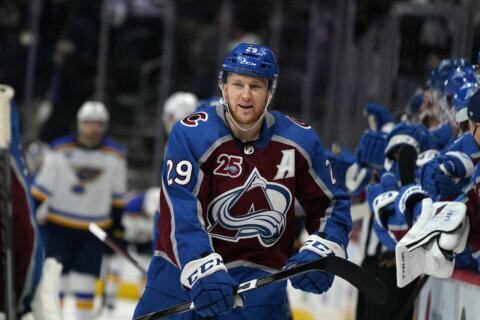 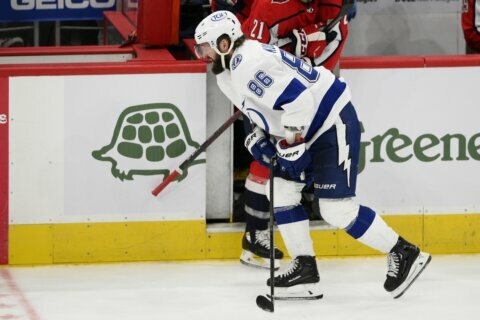