WASHINGTON — The Washington Capitals return to the ice for the first time since the playoffs, as they travel to New Jersey to face the Devils in the first of their seven preseason games. You can listen live at 7 p.m. on WFED 1500AM or online at www.capsradio247.com.

Among the bigger stories this training camp are the vacancies on the Washington blue line. With the offseason departures of defensemen Karl Alzner, Kevin Shattenkirk, and Nate Schmidt, the Capitals have a legitimate competition for roster spots on the back end.

A number of those competing for work in the NHL will suit up for the Capitals tonight, as Christian Djoos, Lucas Johansen, Tyler Lewington and Aaron Ness join veterans John Carlson and Taylor Chorney in Newark.

Djoos, who is expected to partner with Carlson tonight, is among the favorites to make the jump from AHL Hershey to the Capitals. A seventh-round pick in the 2012 NHL Draft, Djoos finished third in scoring among AHL defensemen last season with 13 goals and 58 points in 66 games.

“He’s proven himself at the American League level,” general manager Brian MacLellan said of Djoos. “He definitely has the skill level to play. He moves the puck, he’s smart, and he plays better with smarter players. For him, it’s going to be, can he adapt to the pace of the game, can he adapt to the strength of the game and how well does he defend?”

A number of other roster spots are also up for grabs up front, with veteran forward Alex Chiasson in the mix. Chiasson is attending Capitals training camp on a tryout and will be in the lineup Monday night at Prudential Center. The 26 year-old had 12 goals and 24 points in 81 games with the Calgary Flames last season.

“He’s got really great size,” head coach Barry Trotz said of the 6’3”, 205-pound right winger. “You can tell he’s a pro. He’s got really good hands. He seems to have a good net-front presence at times, and he gets around the ice really well.”

The Devils lineup will include a familiar face in former Capitals forward Marcus Johansson. Johansson was traded to New Jersey in June as the Capitals looked to shed payroll to fit under the salary cap.

Johansson spent seven seasons in Washington, recording 102 goals and 290 points in 501 games. Although he primarily played as a winger in Washington, the Devils are considering using him as a center. The 26 year-old is expected to center New Jersey’s top line for the preseason opener, alongside Taylor Hall and Kyle Palmieri.

The Devils lineup will also include a pair of noteworthy rookies in No.1 overall pick Nico Hischier and Hobey Baker Award winner Will Butcher. 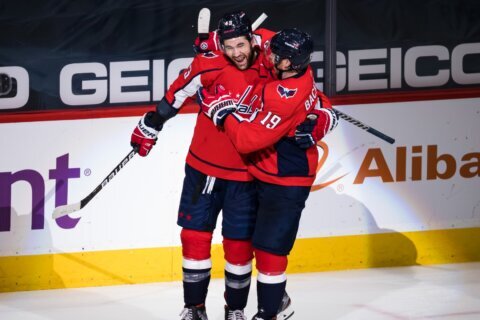 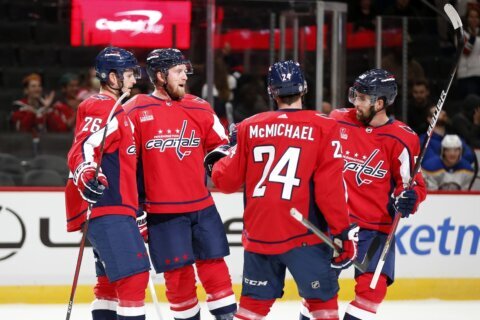 4 notable players from the Capitals’ preseason opening loss to Buffalo