T.J. Oshie scored his second goal of the game 1:42 into overtime to bookend Ovechkin's hat trick, Braden Holtby earned his 40th win and the league-leading Capitals topped the Wild 5-4 on Tuesday night for their fifth straight victory.
(1/9) 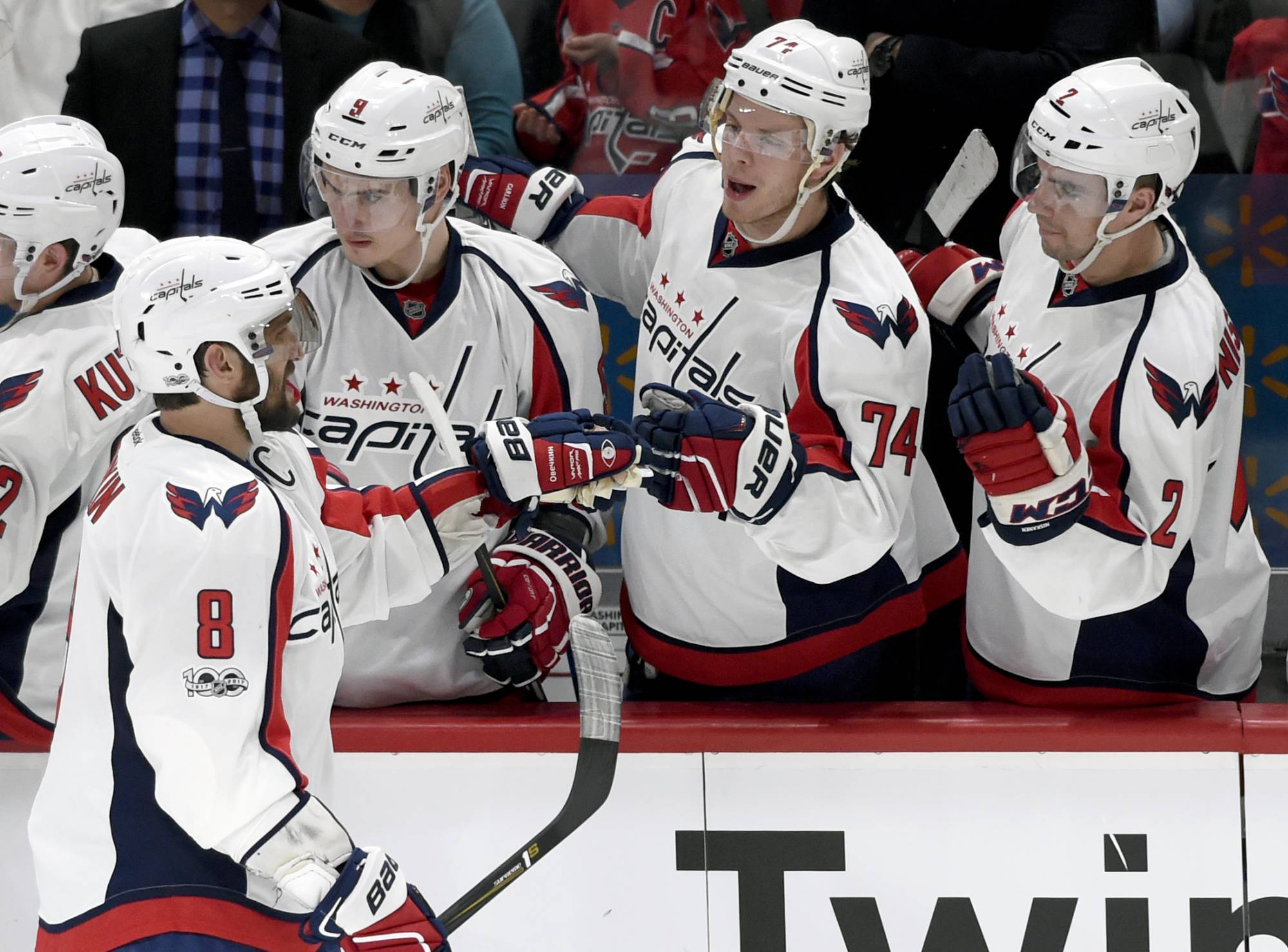 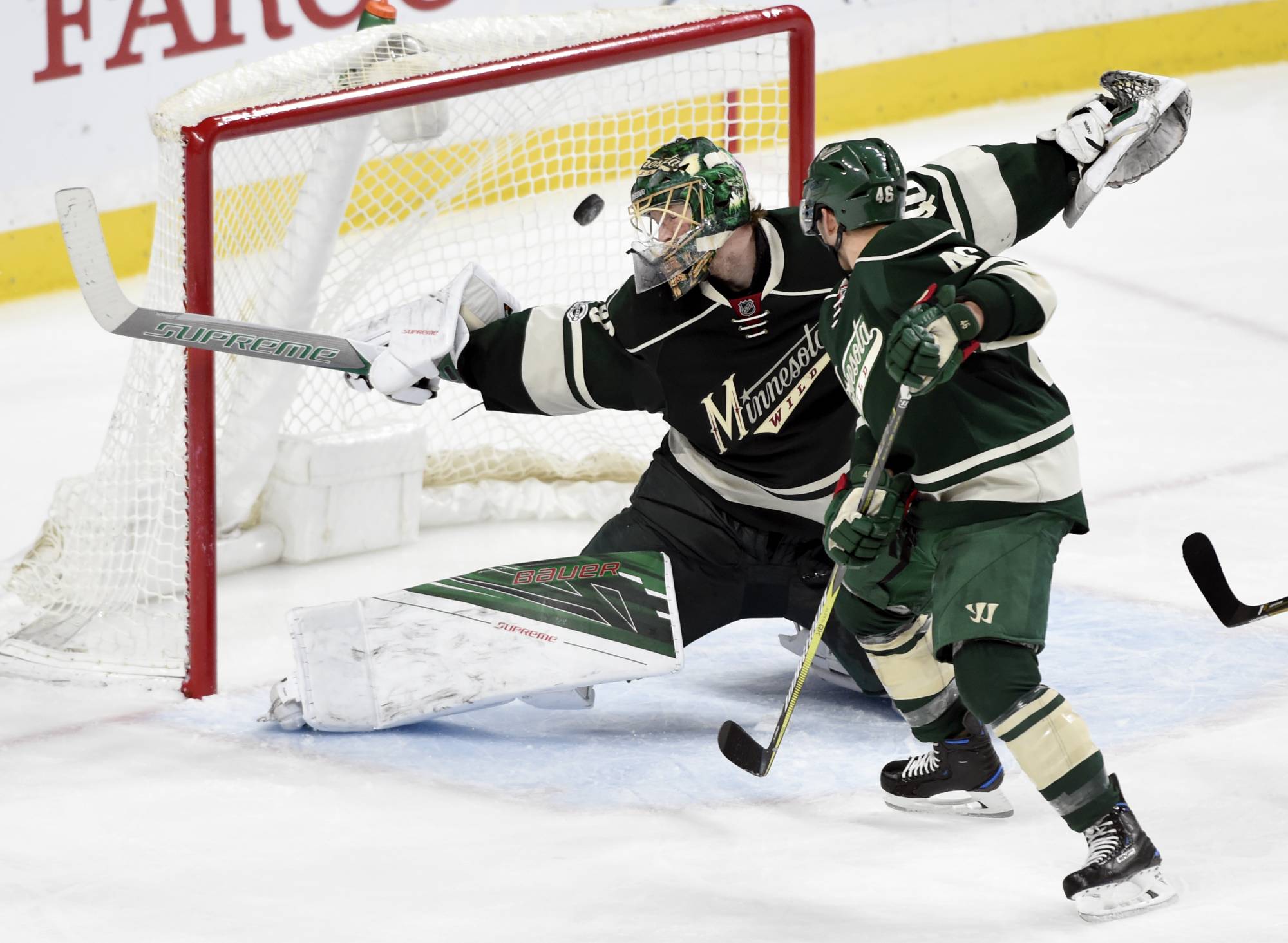 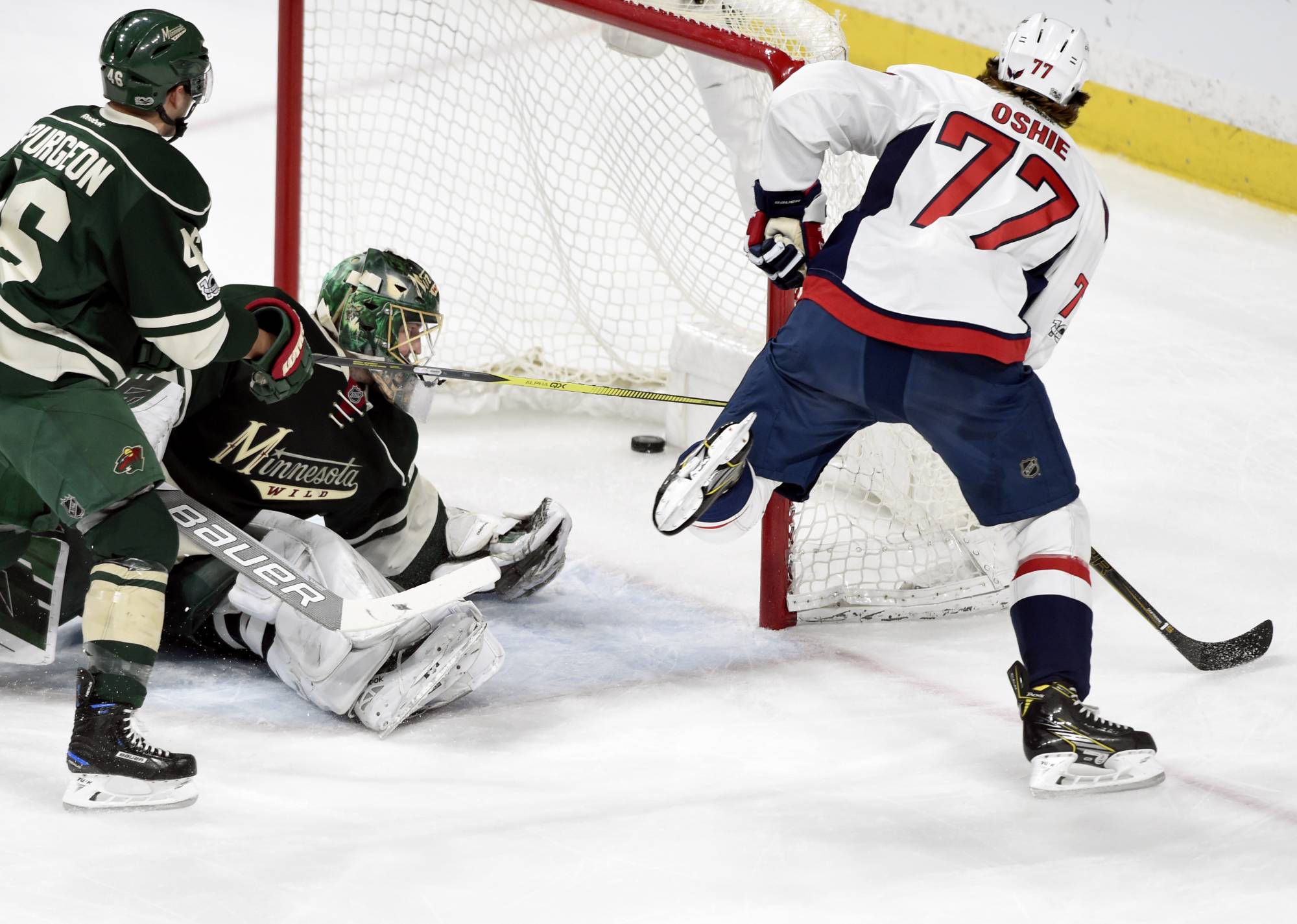 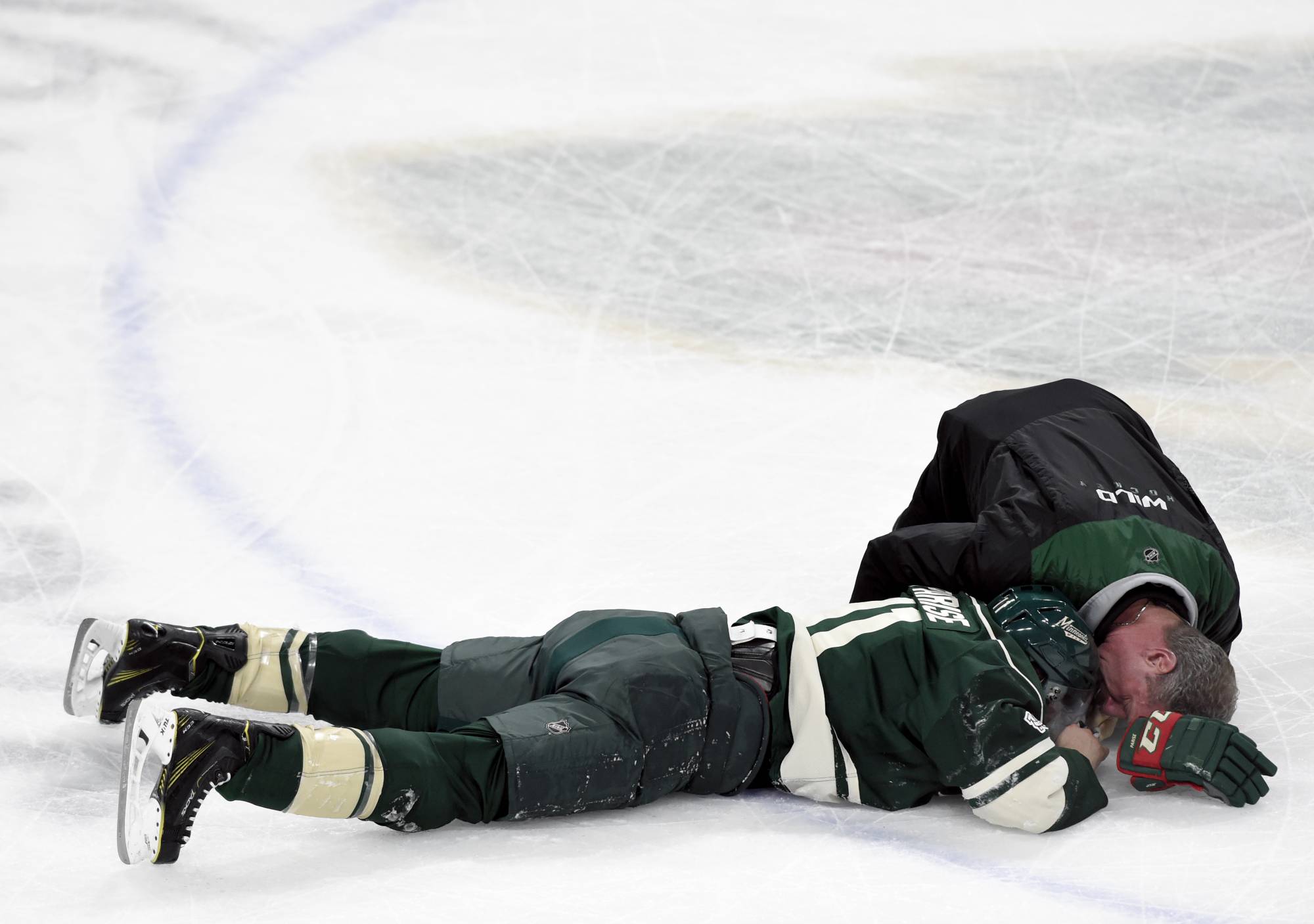 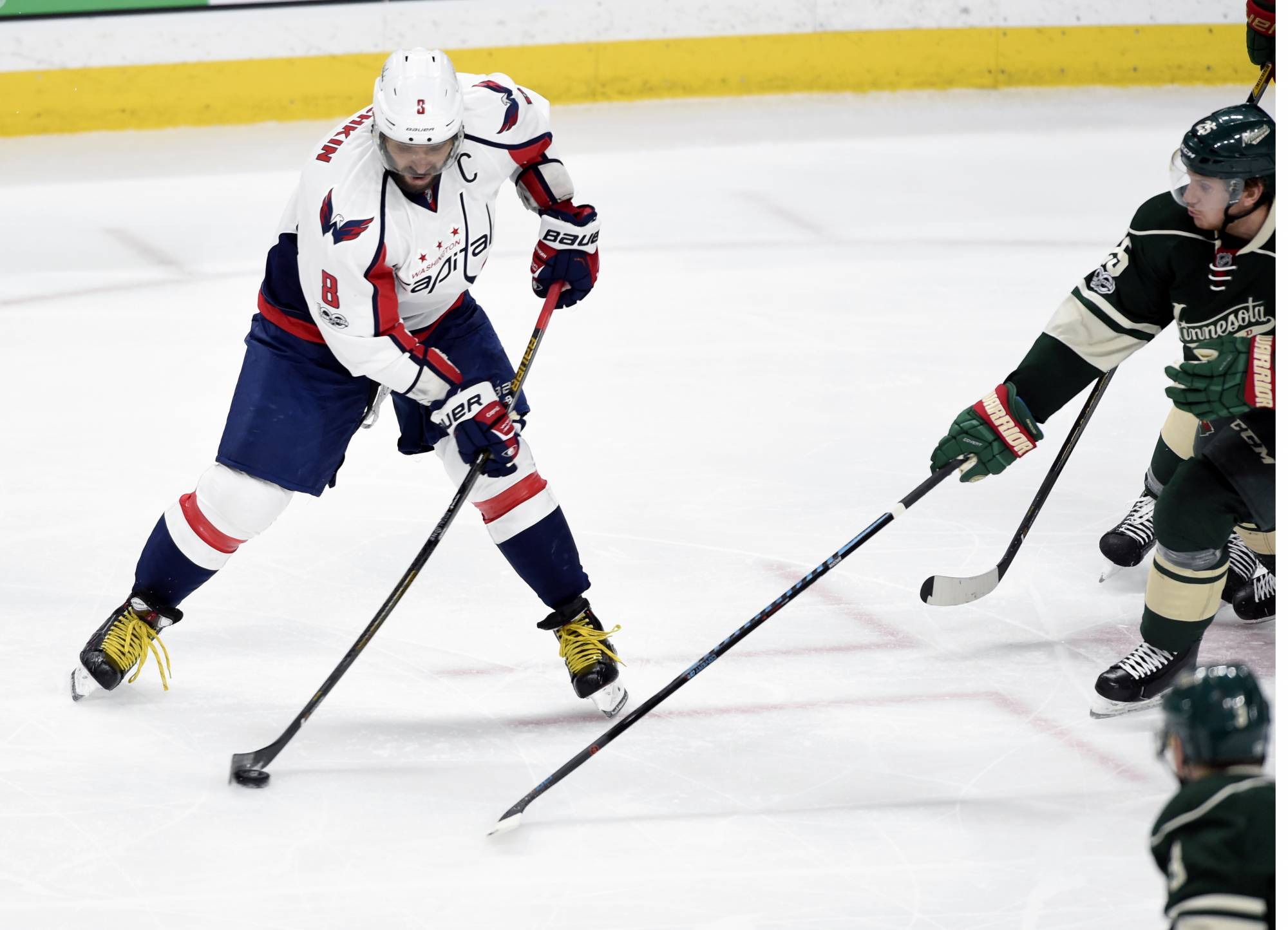 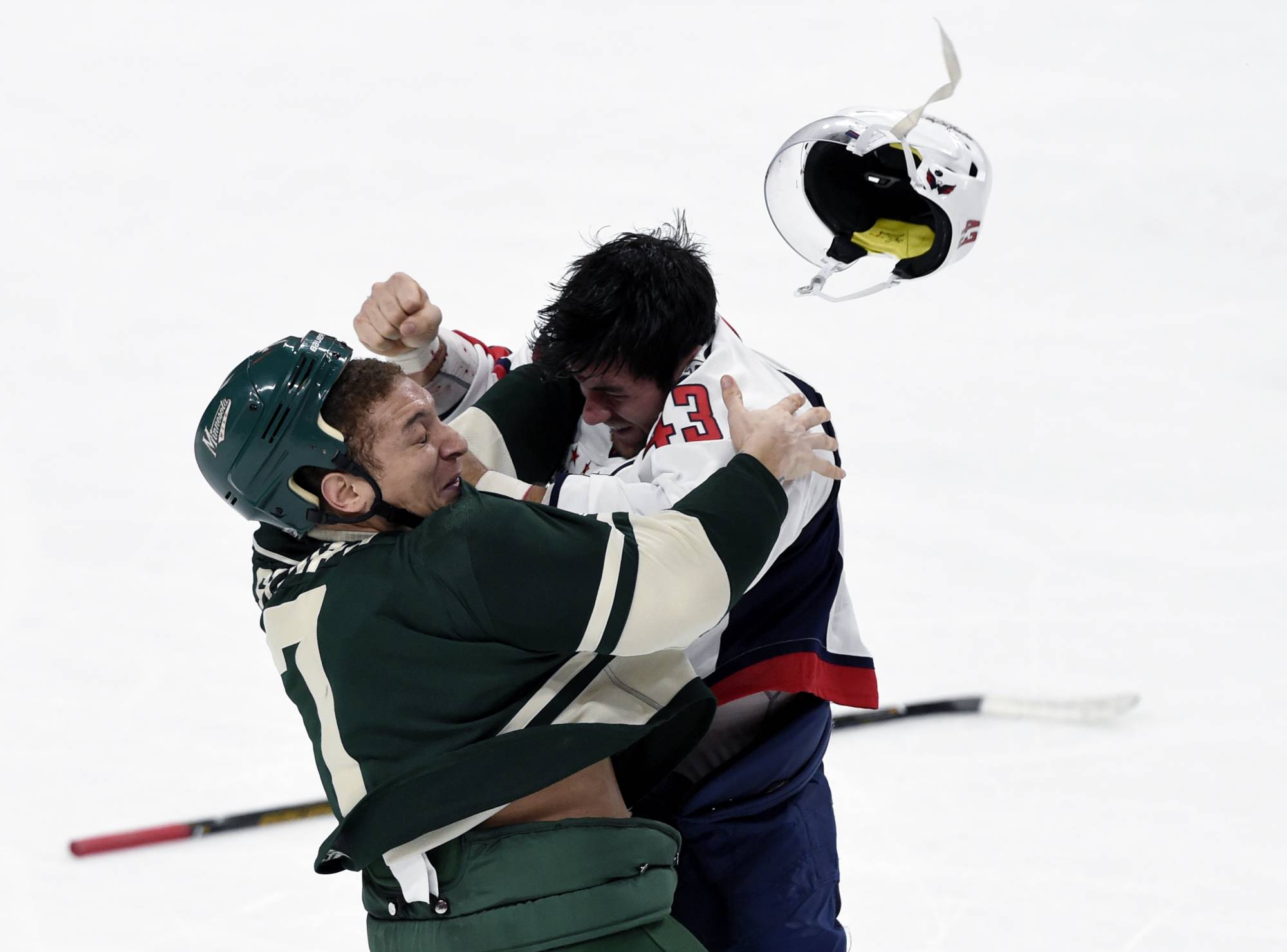 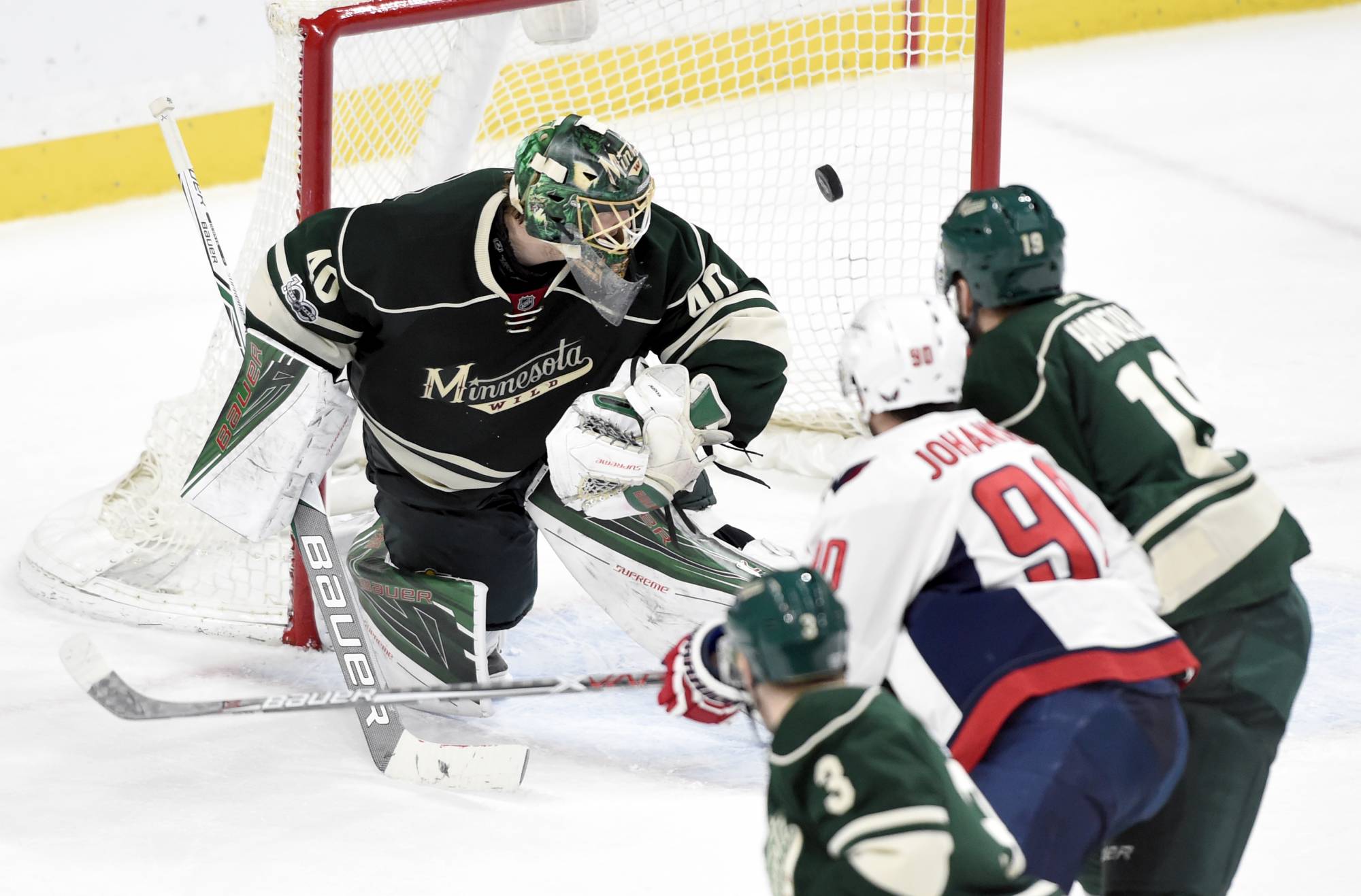 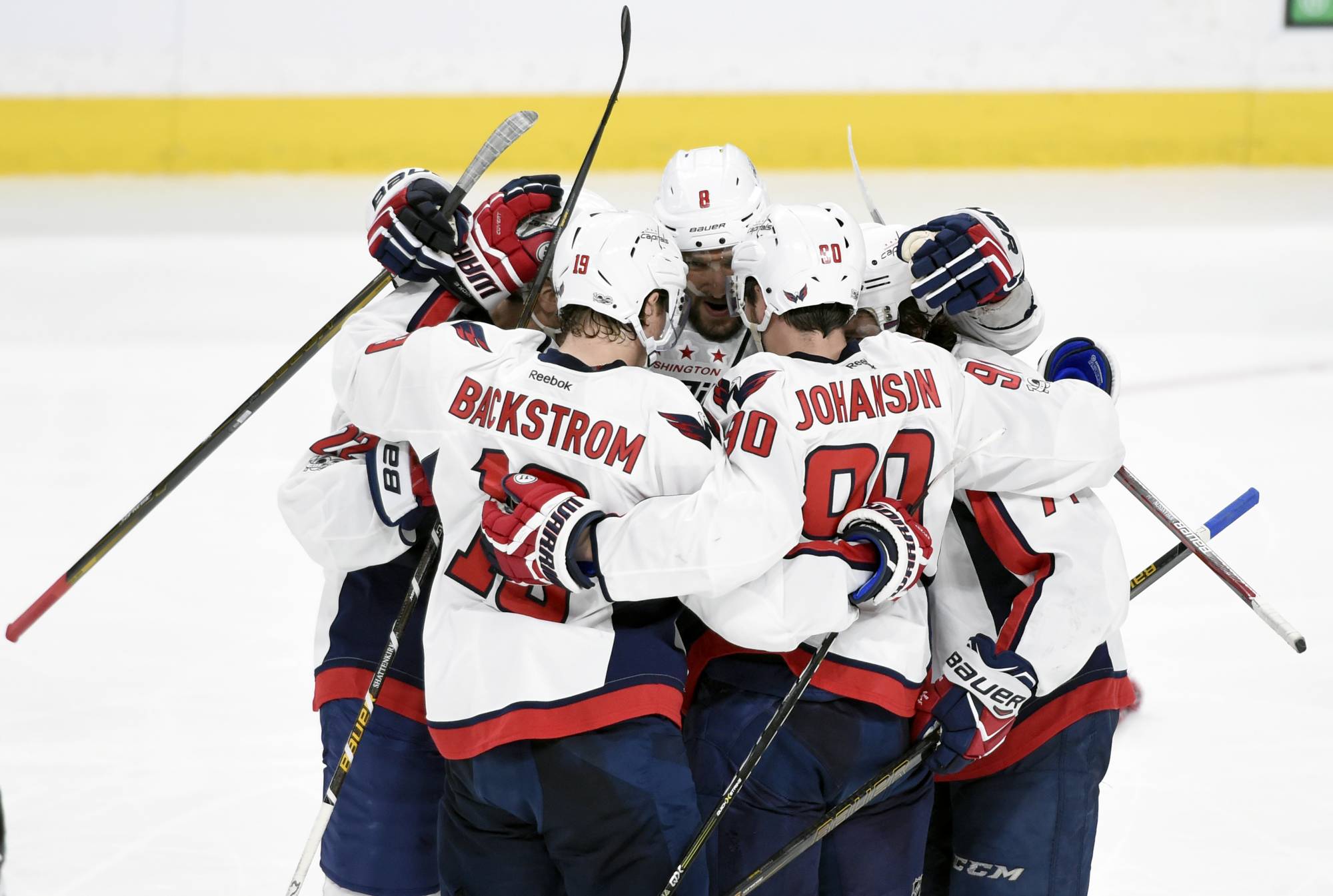 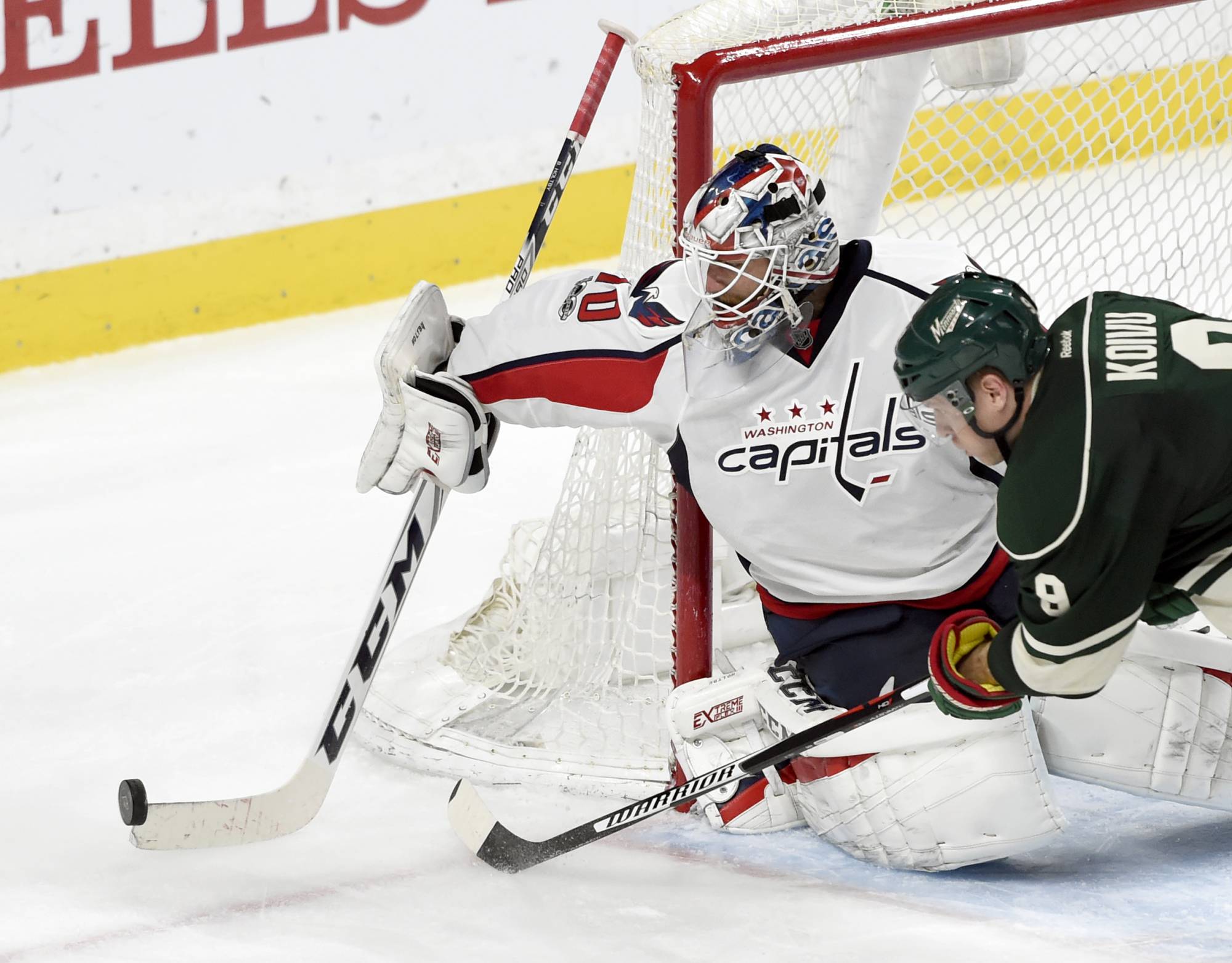 ST. PAUL, Minn. (AP) — With two goals in the final 4:57 of regulation against the NHL’s best defense, Minnesota’s spirited comeback gave a sputtering team one point for the standings and some confidence for the stretch run.

Alex Ovechkin’s magnificence on the power play proved to be unbeatable.

T.J. Oshie scored his second goal of the game 1:42 into overtime to bookend Ovechkin’s hat trick, Braden Holtby earned his 40th win and the league-leading Capitals topped the Wild 5-4 on Tuesday night for their fifth straight victory.

After Eric Staal’s goal for the Wild tied the game with 26.6 seconds left in regulation , Oshie took a pass in the left circle from Marcus Johansson and beat struggling Wild goalie Devan Dubnyk with a wrist shot. Johansson had four assists.

Martin Hanzal and Jason Pominville had a goal and an assist apiece, but the Wild lost for the eighth time in nine games and fell to 3-11-1 in March after forward Zach Parise exited early with an injury .

Oshie started Washington’s longest road trip in six years, five games over an eight-day span, with a first-period goal set up by Ovechkin and Nicklas Backstrom. Holtby made 26 saves, brushing off the late goals by Jared Spurgeon and Staal to reach 40 victories for the third consecutive season. Martin Brodeur (2005-08, New Jersey) and Evgeni Nabokov (2007-10, San Jose) are the only other goalies in NHL history to accomplish that feat.

Dubnyk, who stopped 15 shots, has given up 26 goals over his last eight games.

Ovechkin gave him even more trouble, guiding the Capitals one step closer to the Presidents’ Trophy and home-ice advantage throughout the Stanley Cup playoffs. His 17th career three-goal game came all on power plays.

After Nate Prosser was penalized for hooking, Backstrom and Johansson set up Ovechkin for a vintage left-circle wrist shot to finish the tic-tac-toe sequence and break a tie. Dubnyk was slow to pivot right after going down to a knee on a pass.

Ovechkin, the gap-toothed great, took over the team goal lead from Oshie with a slap shot from the same spot a little later in the second period following a hooking call on Nino Niederreiter.

“We can design all we want,” said Wild coach Bruce Boudreau, for whom Ovechkin played five seasons with the Capitals. “The idea, I guess, is to prevent them from making that play over to him, and we weren’t able to do that.”

Then, after Hanzal scored for just the second time in 14 games with the Wild since arriving in a trade with Arizona, Ovechkin triggered a shower of hats from the crowd by burying a feed from Backstrom for his 33rd goal of the season .

“He’s got a strange release. It comes off that blade different every time and hard,” Holtby said. “Ninety-eight percent of our saves are reading the stick blade.”

Ovechkin has a whopping 11 goals and six assists in six career games against Dubnyk, four of those with Minnesota.

“It’s going to happen if he gets the time and space,” Dubnyk said. “If you watch him, he does that every night when he gets opportunities.”

The Wild must hold off surging Nashville and St. Louis in the Central Division to make sure they can at least start the first round at home. This was a promising performance against such a daunting opponent, especially after losing Parise, but there’s a lot of work left for them to do on their game before the postseason.

Parise took a high stick from Tom Wilson to the face and collided with Jay Beagle’s knee on his hard fall to the ice, where he stayed for several seconds while kicking his feet in pain before needing assistance off the ice. Parise didn’t return, and the Wild went without a whimper on their four-minute power play.

Parise’s eye was badly swollen, Boudreau said, but the collision with Beagle did the most damage. An upper-body injury was the extent of the coach’s update on Parise.

“He doesn’t look too good,” defenseman Ryan Suter said. “I don’t think it’s as bad as you first think when you see it, but hopefully he recovers fast. He’s starting to play really well. That energy and just his tenacity out there, we need him back fast.”

NOTES: After 12 straight home games without allowing a power-play goal, the Wild have given up four in their last two games. … Oshie has nine goals and 10 assists in 25 career games against the Wild. He played in high school in Warroad, Minnesota.

Capitals: At the Colorado Avalanche on Wednesday night. 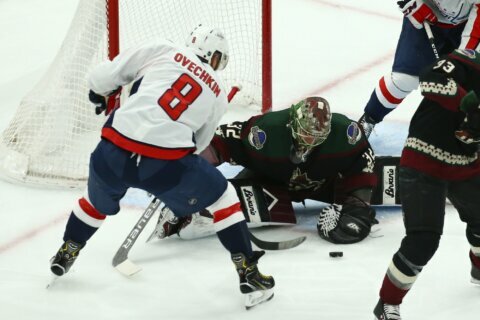 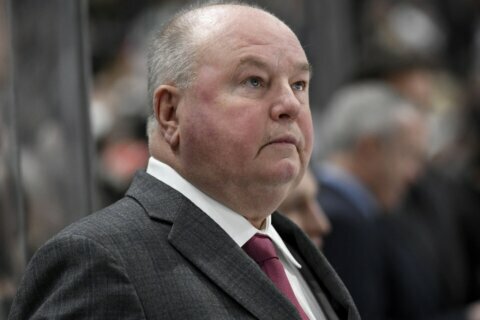