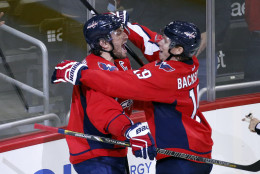 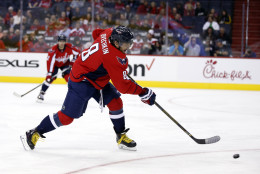 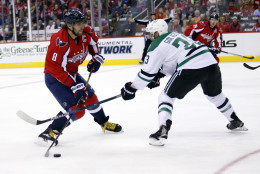 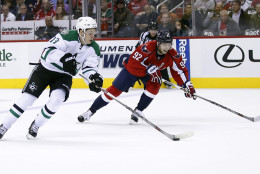 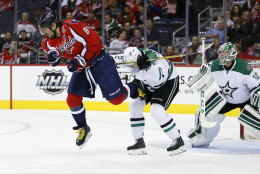 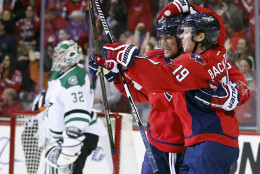 WASHINGTON — When it comes to Russian goal-scorers in the NHL, “Alexander the Great” is now Alexander the Greatest. Ovechkin recorded the 484th goal of his NHL career Thursday against the Dallas Stars, passing Sergei Fedorov for the most career NHL goals by a Russian-born player.

“He was my idol when I was growing up,” Ovechkin told reporters last week.  “You have a dream just to meet those kinds of guys, but I had a chance to play with him on the same line and the same team. He was the best teammate I had and the best player that I played with.”

Ovechkin and Fedorov were briefly teammates in Washington from 2008-09.

“When I came to Washington, we became immediately good friends,” Fedorov recalled last week from the Hockey Hall of Fame in Toronto. “I felt his respect and I gave him back the same.”

Ovechkin matched Fedorov’s NHL goal total on Nov. 7, but then had two potentially record-setting goals waved off after video review. Thursday at Verizon Center, there was no denying that the record now belongs to the Capitals captain after he beat Stars goalie Kari Lehtonen in the 3rd period Thursday for his team-leading ninth goal of the season.

Making the milestone even more impressive is how quickly Ovechkin hit the mark. While Fedorov had 483 goals in 1,248 career games while Ovechkin scored his 484th goal in career game No. 777.