Holidays: 'Enchant' shines with millions of lights in Nats Park | Where to see holiday lights | Send in photos of decorations | How to give greener this season
Home » Virginia News » Suspect in custody in…

Suspect in custody in shooting death of 3 football players at U.Va. 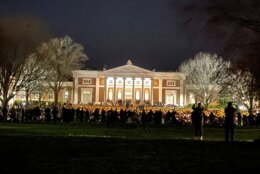 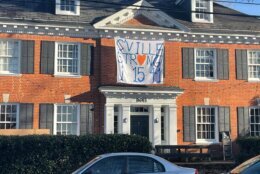 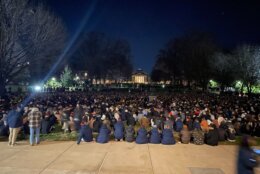 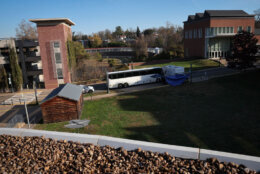 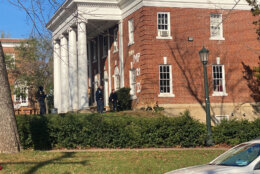 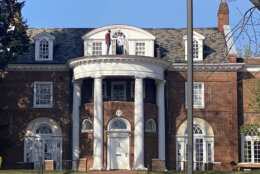 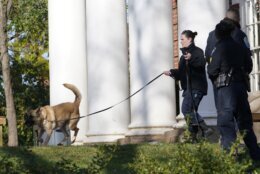 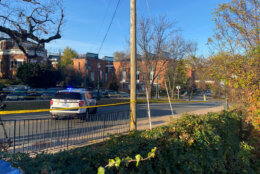 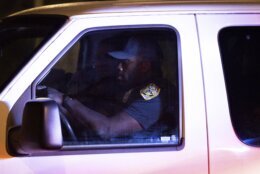 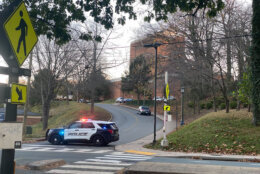 A University of Virginia student is in custody after being accused of fatally shooting three football players on the Charlottesville campus late Sunday night.

Two other students were wounded during the shooting and are being treated at a local hospital. University President Jim Ryan said one is in good condition, while the other is in critical condition.

Jones was a former player on the university’s football team but hasn’t been on the team in over a year.

The shootings occurred on a bus of around 25 students returning from a class field trip to D.C. around 10:30 p.m. near the campus’ drama building.

“The bodies of Devin and D’Sean … were found inside a charter bus where they had been for the day enjoying a school activity,” campus police Chief Timothy Longo said.

The University of Virginia Office of Emergency Management advised students to “RUN HIDE FIGHT” in an emergency alert.

“Around 10:30 p.m. last night, there was a shooting on Grounds,” Ryan wrote to the university community around 4 a.m. “One of our students, Christopher Darnell Jones, Jr., is suspected to have committed the shooting. The suspect remains at large and is considered armed and dangerous. Multiple law enforcement agencies are coordinating to find and apprehend him.”

Authorities conducted a building-by-building search of the campus while students sheltered in place. The shelter-in-place order was lifted around 10:33 a.m. Classes and activities were canceled Monday, and they will be canceled on Tuesday as well.

The UVA Police Department is looking for Christopher Darnell Jones regarding the shooting incident that occurred on the grounds of the University of Virginia. Call 911 if seen, do not approach. pic.twitter.com/mKcxF6ksxw

The arrest was announced during a news conference Monday morning. Longo was sharing details about the suspect and how he was thought to no longer be on campus when he paused as reports of his arrests came in.

“Just give me a moment to thank God, and breathe a sigh of relief,” Longo said, before continuing the news conference.

In a statement Monday afternoon, police in Henrico, Virginia, said they arrested Jones without incident shortly before 11 a.m.

For now, authorities don’t know of any alleged motive.

Ryan said he’s spoken with four of the victims’ families, as well as with the victim who is in good condition.

Longo said that Jones was known to the school’s multidisciplinary threat-assessment team ahead of the shooting. In September, the university’s Office of Student Affairs reported to the team that a tipster said Jones had made a comment about having a gun.

That tip came from someone unaffiliated with the university; they didn’t claim Jones had made a threat.

Longo said the university followed up with Jones and his roommate — who didn’t report seeing a weapon.

In February 2021, Jones was charged after an incident involving a concealed weapon violation. That incident didn’t happen in Charlottesville, but as a U.Va. student, he was still obligated to report it to the university.

When he didn’t report the violation, the university took action through its judiciary counsel. The case against him was pending.

“I thought it important to share that information with you, to let you know that he had been called to our attention,” Longo said. “I wanted you to hear that from me.”

More than 500 students were sheltered in buildings throughout campus, Longo said.

Student Ayaka Ohara learned about the shelter-in-place order while working at the music library inside Old Cabell Hall shortly before 11 p.m.

“There have been a lot of emails about shootings around grounds recently, just with a lot of like BB gun incidents. And there was also a shooting that occurred I think, around two days ago,” she said. “So I didn’t honestly like think too much about it.”

But as more alerts went out, she began to understand that this was different.

She sheltered with a co-worker and a student who was inside the library. They locked the main door to the library, but there was still cause for concern, she explained.

“Old Cabell itself has like a lot of entrances and exits that can be accessed from the outside,” she said. “So we were definitely scared about making sure that all of those doors were locked, and we don’t have any access to those doors. So we were just really frightened that someone could come in or something dangerous could potentially happen.”

The three were left to rely on social media for any additional information.

“It was pretty difficult to know what was going on,” Ohara said.

Even when the announcement went out that the shelter-in-place order had been lifted, Ohara said, she was still uneasy.

“The only announcement that we really got was that the police had thoroughly searched buildings in and around grounds,” she said. “But because they hadn’t caught him, there was still like a probability of him being on grounds or around grounds.”

Eva Surovell, the editor-in-chief of the student newspaper, The Cavalier Daily, told WTOP’s Neal Augenstein that she sheltered in place inside her dorm. Like many other students, she said, she didn’t have food and had not slept much as she “anxiously” awaited more information.

A fourth-year student, Surovell is part of a generation of people who grew up hearing about school shootings. Some of those shootings were more deadly and some in the same state, but she said “that doesn’t make it any easier when it is your own community and your own school.”

She encouraged students to call their loved ones if they haven’t already.

“I told my readers this morning that the only advice that I have is to tell the people in your lives that you care about that you love them, because you never know what that’s going to be taken away from you,” Surovell said.

The shooting comes to a campus that’s faced violent tragedy before. In August 2017, hundreds of white nationalists marched through the university’s campus during the Unite the Right Rally.

Clashes erupted between the white nationalists and protesters, and one protester, 32-year-old Heather Heyer, was killed when she was struck by a car that drove through a crowd of protesters. James Alex Fields Jr. was convicted of murder and is serving a life sentence for that attack.

Two troopers also died during the 2017 protests when their helicopter crashed near Charlottesville.

WTOP’s Hugh Garbrick and Dick Uliano and The Associated Press contributed to this report.