The Humane Society of the United States announced Thursday it had accomplished its mission to remove almost 4,000 beagles from a Virginia facility that bred dogs for animal experimentation.

On Thursday, the last group of 312 beagles was taken out from the facility as 52 of them are on their way to an HSUS care and rehabilitation center. The organization said the dogs will be transferred to an independent shelter and rescue partners.

In May, federal officials sued the Envigo RMS facility in Cumberland County, Virginia, for encroachment of animal welfare laws such as deficient veterinary care, insufficient food, unsanitary conditions and dogs being euthanized without getting anesthesia.

As a result, the first group of around 200 beagles arrived at the HSUS facility after being removed from a Virginia breeding facility.

“Our Animal Rescue Team’s work to transfer these beagles is a milestone in a fight we’ve been waging for years,” said Kitty Block, HSUS president and CEO.

“Most of them would have been sold and spent their short lives in laboratories. Many people don’t realize that an average of 60,000 dogs just like these are still used in laboratories each year. Even as we celebrate these lucky dogs going to loving homes, we’re focused on creating a future where no dogs will face that kind of fate.”

The organization said thousands of beagles have been placed in over 100 shelters around the country.

“It’s been an incredible journey for the HSUS and our Animal Rescue Team to lead this transfer of approximately 4,000 beagles,” Miguel Abi-hassan, chief animal rescue, care and sanctuary officer for the Humane Society of the United States, said in a statement.

“Through the help of over 120 shelter and rescue partners, we were able to remove every dog from the facility in approximately two months and begin the process of finding them new, loving homes. Now the beagles’ next steps begin as they enjoy their new lease on life.” 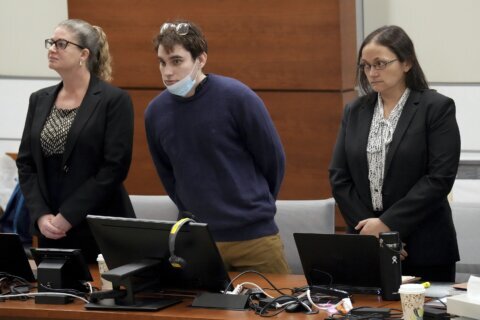