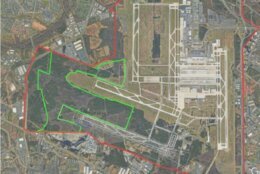 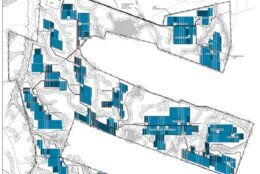 Dulles International Airport in Virginia is a step closer to generating its own solar energy on airport grounds.

The Metropolitan Washington Airports Authority wants to move forward with its project with Dominion Energy to convert a large area of unused land at the airport to collect and store solar energy.

The project — officially called the Solar + Storage Project — would give Dominion the ability to install thousands of solar panels in 835 acres of grounds of Dulles for the next 37 years.

The project has been in the works for a while.

Dominion and the Airports Authority first began talking about working on a renewable energy solution at Dulles in May 2018. A year later, a study had been done that identified the land where the solar panels could go. The two parties reached an agreement on the proposed 37-year lease in September 2021

The report says that the Solar + Storage Project is one of many solar energy projects Dominion is pursuing in order to comply with the Virginia Clean Economy Act passed in 2020, which requires that Dominion be 100% carbon free by 2045.

It would be one of the largest solar energy generation projects located on an airport in the world, according to the Airports Authority.

The agreement still needs final approval from the Federal Aviation Administration and Department of Transportation, as well as from the Virginia State Corporate Commission.