Members of the Transportation Security Administration came together to honor those who lost their lives on American Airlines Flight 77 when it was overtaken by terrorists and crashed into the Pentagon on Sept. 11, 2001.
Listen now to WTOP News WTOP.com | Alexa | Google Home | WTOP App | 103.5 FM
(1/3) 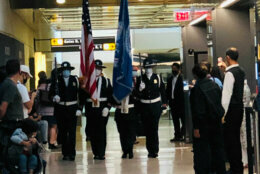 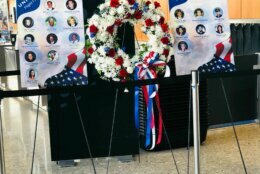 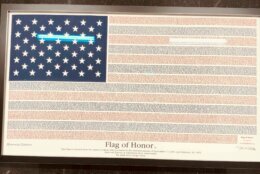 Members of the Transportation Security Administration came together to honor those who lost their lives on American Airlines Flight 77 when it was overtaken by terrorists and crashed into the Pentagon on Sept. 11, 2001.

The commemoration Saturday took place on the secure side of the east checkpoint terminal and started with the TSA Honor Guard for Dulles International Airport presenting the colors. There was an airport-wide moment of silence held at 8:46 a.m. to coincide with the timing of the initial attack on the World Trade Center.

Eugene Kraybill, the airport’s senior chaplin, held a prayer following the moment of silence honoring those whose died.

“What we’re doing right now I think is the most important thing. It shows the young people who do not know anything of our history — this is one of the things in history that we acknowledge has happened,” Kraybill said.

Kraybill said that he is also a pilot, so 9/11 is a sensitive subject for him.

“Dulles is a 9/11 airport. America 77 took off out of here and a little over an hour later landed in the side of the Pentagon,” Johnson said.

Johnson said there are now moving parts when it comes to keeping passengers safe.

“Obviously, we don’t want that to happen again, so I think what we’ve seen is excellent technology and the workforce that makes it all come together to provide good security for the traveling public,” Johnson said.

Johnson also said he makes sure his team knows that it’s responsible for the passengers’ safety.

“So if you add all that together — good technology, great officers, great procedures — we’ve increased security tremendously since 9/11,” Johnson said. 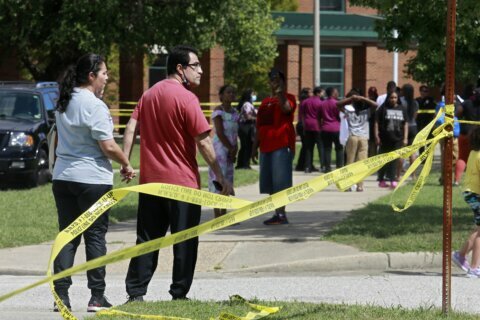