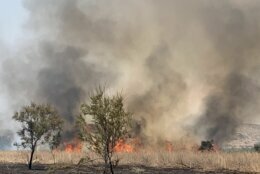 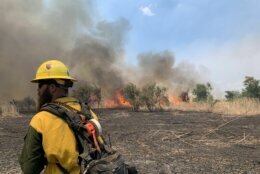 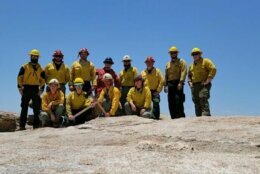 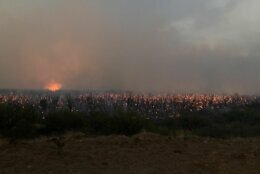 As wildfires rage out West, Virginia’s forest agency is sending 39 people to help, it announced Monday.

The assignment is a challenge, but also an opportunity, according to one wildland firefighter from Virginia, who recently got back from battling the Bottom Fire in Arizona.

“Going out West is a whole different ballgame from fighting fire in Virginia” because of the dry conditions and more volatile fuel sources, according to Cain Harbison, with the Virginia Department of Forestry.

A main goal of wildland firefighting is to remove fuel sources, such as brush, which is arduous work — especially with 45 to 50 pounds of gear and water to carry, Harbison said.

Additionally, “you’re camping out, showers are few and far between, sometimes you’re eating MREs for 14 days straight,” he said.

The assignments are normally for a two-week period.

But Harbison also said the trips have plenty of upsides: “Those training opportunities in Virginia are fairly limited, and by going out West, that’s one of the ways we get a lot of our suppression experience.”

He adds that the firefighters sent out West can have their orders change at any time.

Harbison, who began going out West to fight fires in 2013, said that he was once redirected midflight, getting sent to Idaho rather than California because of the needs on the ground.