Democrat Terry McAuliffe, Virginia’s 72nd governor, who left office in 2018, and is running for the seat again in this November’s state election, has received the endorsement of House Speaker Nancy Pelosi, his campaign said.

Pelosi cited McAuliffe’s “bold vision and inclusive leadership” as reasons why she was “proud to endorse him.”

McAuliffe responded to Pelosi’s endorsement on Twitter by saying he “could not be more grateful to have her support.”

.@SpeakerPelosi is an American hero and a treasured friend of over 40 years. We’ve all been in awe of her unwavering leadership during this challenging time. I could not be more grateful to have her support. She knows now is the time to go big and be bold. https://t.co/xrXwp5hvX3

McAuiffe announced his run last month. Current Gov. Ralph Northam is not allowed to seek consecutive terms as governor, due to state law. 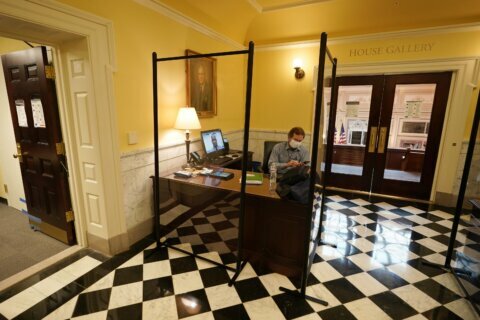