An unusually broad field of candidates are vying for the governor's seat in Virginia as the marquee political contest of 2021 gets into full swing.
Listen now to WTOP News WTOP.com | Alexa | Google Home | WTOP App | 103.5 FM
(1/7) 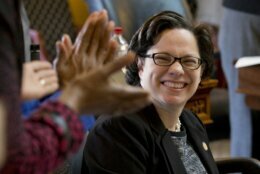 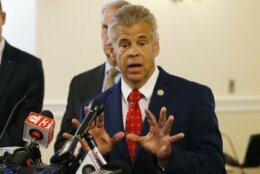 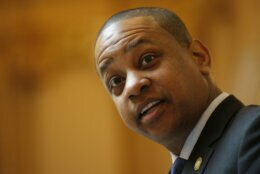 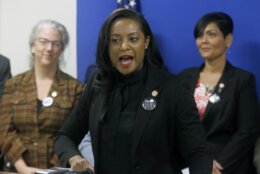 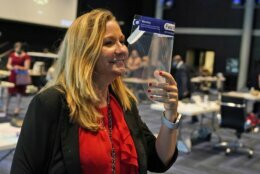 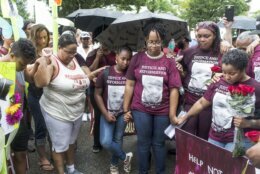 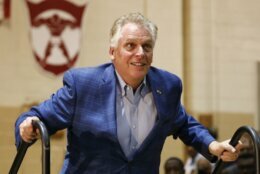 RICHMOND, Va. (AP) — An unusually broad field of candidates are vying for the governor’s seat in Virginia as the marquee political contest of 2021 gets into full swing.

Only New Jersey and Virginia are set to elect governors this year, and the Old Dominion’s off-year contest has a strong track record of being an early indicator of broader national trends, previewing voter backlashes against Presidents Barack Obama and Donald Trump in recent election cycles.

Virginia has traditionally elected business-friendly moderates of both parties to be its chief executive, but the depth of the 2021 field reflects the state’s changing political dynamics and the unsettled mood among both Republicans and Democrats. The field of announced and likely candidates in the closely watched race is more diverse than anytime in modern history.

“Everything from a socialist to a quasi-white nationalist and literally everything in between,” said Quentin Kidd, a political science professor at Christopher Newport University.

The progressive wing of Virginia’s Democratic Party, which largely didn’t exist until a few years ago, is looking to cement gains it has made in recent elections, while the traditional wing of the GOP battles with diehard supporters of Trump for control of their party.

The race has already been marked by the aggressive tenor in both primaries.

Terry McAuliffe, a former governor who left office in 2018, has lined up endorsements from party leaders and raised a ton of money. But despite signaling for months that he was going to seek the job – Virginia bars governors from seeking consecutive terms – he’s not been able to clear the field and has been the frequent subject of attack.

Jennifer Carroll Foy, who recently resigned as a state delegate, has aggressively tried to paint McAuliffe as an out-of-touch millionaire since he announced his candidacy in early December.

Carroll Foy grew up in Petersburg, one of the state’s poorest cities, and was among the first women to graduate from the traditionally all-male Virginia Military Institute. She’s also been a foster parent and worked as a public defender.

She will face a challenge on the left from Del. Lee Carter, the state’s lone elected Democratic socialist, who announced Friday he’s running for governor.

Carter has a large online following and is often unsparing in his attacks on Democrats, including McAuliffe, who he thinks are too cozy with business interests.

State Sen. Jennifer McClellan, a soft-spoken pragmatist who often has a hand in high-profile legislation and is well-liked by many Democrats, is the more moderate alternative to McAuliffe.

Lt. Gov. Justin Fairfax, who has denied two allegations of sexual assault made against him in 2019, is also running.

Carroll Foy, McClellan and Fairfax are all Black. Their candidacies come at a time when Black politicians have never had more influence in state politics, with African American lawmakers holding key leadership positions at the General Assembly.

But many older Black elected officials are backing McAuliffe, who is seeking to emulate President-elect Joe Biden’s strategy for winning the Democratic nomination. McAuliffe has sought to portray himself both as a tested leader as well as someone who recognizes the need for sweeping change in how state government operates amid a coronavirus pandemic that has highlighted long-standing racial inequities in the state.

“Folks, it is time for a new Virginia way,” he said at his campaign kick off in early December.

Virginia has been shifting Democratic for a decade, thanks in large part to growing multicultural suburban and urban areas. During the Trump era, Democrats flipped three congressional districts and took control of the state legislature for the first time in a generation.

Republicans haven’t won a statewide race in more than a decade and particularly struggled during the Trump era. Statewide Republican candidates who embraced Trump were trounced, but so where those who kept him at an arm’s distance.

With Trump set to leave office, many Republicans are optimistic that the right type of candidate could flip the state much like former Gov. Bob McDonnell did in 2009, a year after Obama won Virginia in his first presidential election.

The nomination fight, Kidd said, will be a key indicator of “whether or not the Trump fever has broken” among Virginia Republicans.

Party officials recently voted to pick the Republican candidate via a convention instead of a primary, which limits participation and often favors the most conservative candidate.

Former House Speaker Kirk Cox is running a campaign designed to appeal to suburban voters who disliked Trump but are open to voting for a more moderate Republican candidate. Northern Virginia businessman Pete Snyder, who may also run, would likely take a similar tack.

But state Sen. Amanda Chase is offering a Trump-like alternative to GOP voters. A firebrand often at odds with her own party, Chase has claimed that Democrats “hate white people” and recently called for martial law to prevent a Biden presidency.

Princess Blanding, the sister of a Black man who was killed by Richmond police in 2018, also recently launched a longshot bid for governor under the banner of the newly formed Liberation Party.