Jaywalking decriminalization is coming to Va., 100 years after the auto industry helped make it a crime

A provision to decriminalize jaywalking in a pretextual policing billfrom Delegate Patrick Hope, D-Arlington, means that come March 1, police will no longer be able to stop folks for the act of crossing the street outside of a marked crosswalk.
Listen now to WTOP News WTOP.com | Alexa | Google Home | WTOP App | 103.5 FM

Though it didn’t garner as much attention as other police reform measures during the special legislative session that ended this fall, a provision to decriminalize jaywalking in a pretextual policing bill from Delegate Patrick Hope, D-Arlington, means that come March 1, police will no longer be able to stop folks for the act of crossing the street outside of a marked crosswalk.

Criminal justice reformers called it a small step along the path to reducing encounters with the police, especially for people of color.

Although jaywalking will remain illegal, other advocates worry decriminalization could encourage pedestrians towards further unsafe crossings at a time when Virginia’s pedestrian death rate is already at a record high.

But are such fears founded?

Most countries would consider the concept of jaywalking a scam that Americans have been conditioned to believe is normal.  In the Netherlands, for example, traffic engineers and urban planners have actually worked to lower the country’s curbs so as to encourage people to cross wherever they like.

Before the advent of the automobile, pedestrians in America were widely recognized as having the right of way in all situations.  The road to car culture’s dominance in the United States was literally paved with blood — drivers had already killed some 200,000 people by 1920.  In response, auto industry groups launched a “jaywalking” campaign to place blame for collisions on pedestrians rather than drivers.

The passage of laws making jaywalking expressly illegal over the following decades also led to an increase in pedestrian interactions with the police.  African Americans have long complained of police stops for the offense of “walking while Black.”

A 2019 audit of the New York Police Department revealed that officers issued 90 percent of “illegal or unsafe crossing” tickets to Blacks and Hispanics although those two groups make up just 55 percent of the Big Apple’s population.  A ProPublica investigation in Jacksonville, Florida similarly found Black residents received 78 percent of all tickets for “walking in the roadway where sidewalks are provided” despite comprising just 29 percent of the city’s population.

The lack of such figures for Virginia localities comes down to an absence of reporting.  “Data on police encounters is difficult to gather, especially on something like this because jaywalking is very frequently just a pretext for stopping someone and not the actual thing the police officer wants to investigate,” said Brad Haywood — the founder and executive director of Justice Forward Virginia.

Haywood and the other public defenders behind Hope’s bill crafted the legislation based on their experience “representing poor, Black and brown people against some of the most ridiculous reasons for stops,” such as objects dangling from rearview mirrors, loud mufflers and tinted windows among others.

To Haywood and his colleagues, the disproportional enforcement of jaywalking was clear: “None of us had ever had a White client who was stopped for jaywalking. I probably jaywalk two times on my way to work every day, and I’ve never been stopped for it and likely never will. It’s just one of those things that led to racist policing.”

“I heard from countless communities of color that this type of thing happens to them all the time,” Hope said.  “Jaywalking is a leading contributor of people being stopped and sometimes arrested. A disproportionate number of people that are stopped for these infractions are people of color and the purpose of this bill is to get at that issue and curb the number of negative interactions with police over minor offences.”

Editor’s note: An earlier version of this story included a statistic claiming that 65% of people pulled in traffic stops in Arlington County were Black, despite African Americans making up 10-12% of the county’s population. A 2019 crime report from Arlington County says that this number is nearer 28.5% when counting non-residents and around 4% for residents.

‘Are we inferring it’s OK to jaywalk?’

Although the case for decriminalizing jaywalking as a piece of policing reform may be clear to proponents, some advocates worry the move could send mixed messages to pedestrians. “The fact that jaywalking is used as a tool to profile folks is appalling, but the reality is that jaywalking is a risky proposition,” said Mike Doyle, founding member of Northern Virginia Families for Safer Streets.  “By decriminalizing it are we inferring that it’s OK to jaywalk?”

Doyle’s concern stems from Virginia law’s stance on contributory negligence. “What that term means is if the person who has been hit by a car is deemed to be even one percent at fault for the crash, then that person that was run over doesn’t get a single cent of compensation,” said Doyle. “Most of the time the driver is the one at fault, but it doesn’t matter because the car always wins and the pedestrian always loses in a crash.”

Other advocates argue decriminalization won’t trigger a spike in jaywalking because the true deterrent to pedestrians for an unsafe crossing was never a fine but rather the risk of being run over. “I don’t think this bill will encourage even one person to jaywalk,” Haywood said. “Maybe people will behave differently when there is a cop looking directly at them at an intersection, but other than that I don’t think anything will change. Around where I live the cops jaywalk too.”

Hope said the legislation is unlikely to cause an increase in dangerous crossings: “It doesn’t say that these infractions are no longer illegal, just that they can’t be the primary reason for someone to be stopped.”

The danger of disinvestment

Focusing on the act of jaywalking is to ignore the larger historical and structural context that has made crossing the road so dangerous, especially for people of color, argues Charles T. Brown, a senior researcher and adjunct professor at Voorhees Transportation Center at Rutgers University.

“I find it disingenuous to hold accountable a population for jaywalking when they lack the proper infrastructure to traverse their communities safely to begin with,” he said. “People jaywalk out of necessity, so I find it unjust that we are targeting those who jaywalk when they are basically responding to the environment which they have been given.”

Brown points to racism in many instances of America’s push for urban renewal which often demolished prosperous Black neighborhoods in favor of imposing infrastructure like inner-city highways. In Richmond, the destruction of a large portion of Jackson Ward — the Harlem of the South — for I-95 and the bulldozing of part of the Black community of Granite for new highways are a few Virginia examples of the practice.

“By destroying the very fabrics of these communities by placing highways here, the government has prioritized the car over the safety of the folks who live in these communities and then over polices residents trying to navigate these dangerous corridors,” Brown said.  “Only an unjust system would not provide people with the infrastructure they need to safely move through their environment and then police them for not doing so.”

Brown hopes decriminalizing jaywalking may lead to a paradigm shift in how pedestrians in overpoliced areas perceive their world.  “Feeling like they have the freedom to move and exist in public space like everyone else does a lot for people’s mental health and wellbeing,” Brown said. “This move could also lead to better trust and respect between law enforcement and these communities, but most importantly this will allow police to focus on the more pressing issues of violent crimes.” 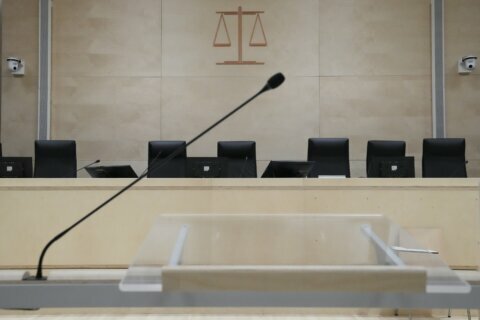 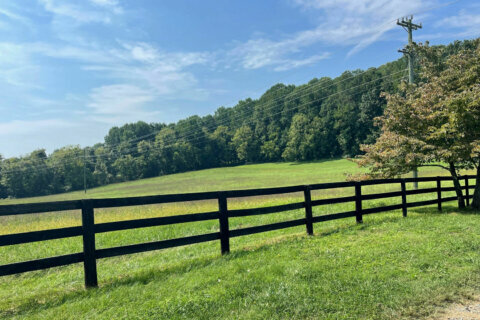