The Virginia legislation would allow local governments to establish boards with subpoena power and the authority to "investigate, and issue findings on complaints from civilians regarding conduct of law-enforcement officers."
Listen now to WTOP News WTOP.com | Alexa | Google Home | WTOP App | 103.5 FM

Virginia’s Senate has advanced a bill that would grant civilian review boards broader power over local policing, following an intense debate between state Democrats and Republicans that ended with a vote along party lines.

The legislation would allow local governments to establish boards with subpoena power and the authority to “investigate, and issue findings on complaints from civilians regarding conduct of law-enforcement officers.”

Review boards would be able to “make binding disciplinary determinations in cases that involve serious breaches of departmental and professional standards.”

Republican senators had argued the legislation would give civilians too much power, while Democrats — who regained control of the state Senate in the 2019 elections — held the boards would aid in holding local law enforcement accountable, citing recent incidents of officers using deadly force across the nation.

“Our young Black boys are being killed by law enforcement,” said Democratic Sen. Lionell Spruill. “When will someone stand up for us?”

The Virginia House of Delegates passed a similar bill, but it would require local governments to create a civilian review board while the Senate’s version would make it optional for localities.

Both chambers must now work out their differences.

During Virginia’s special legislative session, lawmakers advanced a number of police reform bills including some that would prohibit the use of chokeholds, restrict no-knock search warrants and expand the grounds to decertify law enforcement officials who commit misconduct.

The legislation includes many of the measures protesters around the country have called for since the May 25 police killing of George Floyd in Minneapolis.

Democratic Gov. Ralph Northam had called for the special session beginning last month to address the economic burden of the COVID-19 pandemic, and to consider proposed police and criminal justice reforms in the wake of Floyd’s killing. 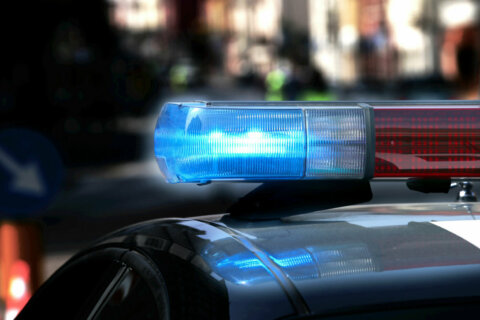