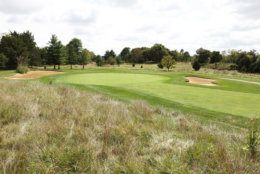 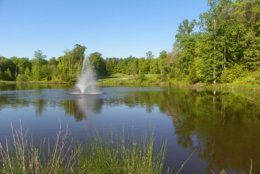 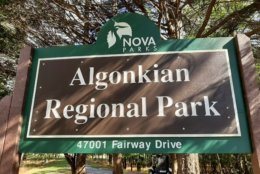 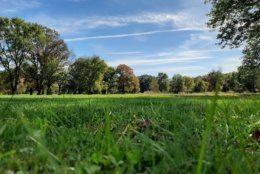 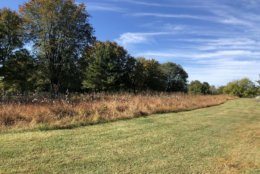 Golf courses are often criticized for the amount of water and energy used to keep putting greens and fairways lush, and roughs trimmed — but golf courses in Northern Virginia are being honored for being environmentally friendly.

The three NOVA Parks courses were the first publicly owned courses in the mid-Atlantic to be certified in 2007 and 2008 through Audubon International’s Cooperative Sanctuary Program for Golf.

Now, the Audubon group is about to recertify Algonkian and Brambleton for its commitment to sustainable resource management. Pohick Bay was recertified earlier this year.

Paul Gilbert, executive director of NOVA Parks, told WTOP that course superintendents have made several changes to preserve the natural areas and wildlife habitats, while ensuring the golf experience remains pleasurable for players.

“We’re using a lot less water,” Gilbert said. “We’ve changed the species of grass that we’re using in many places, and the result has been thousands of gallons of water ever year that we’re not using.”

Gilbert said there is not a one-size-fits-all method.

“All three of our golf courses, while they’re all in Northern Virginia, have different qualities to them. Some are low-lying, wet areas, some drain better than others, and some are more shaded than others,” Gilbert said.

One of the most dramatic changes was at Algonkian golf course, on the Potomac River, in the Sterling area.

“We changed the grass there to a Bermuda grass that is much more hardy and requires less water and less work,” he said.

The Pohick Bay course uses a mix of that Bermuda grass and other grasses, while the Brambleton course uses bent grass.

“No mow” areas on all three courses reduce water usage and emissions related to mowing.

Gilbert said a large portion of the Audubon certification focuses on trying to figure out how to increase the habitat value of golf courses.

“If you don’t mow the areas you don’t have to, you let those grow up into a meadow area that provides wonderful habitats for birds and butterflies,” said Gilbert, who estimates NOVA Parks is now saving a thousand gallons of fuel a year on golf courses in areas they used to mow but are no longer mowing.

“It’s sort of a double benefit. There’s some cost reduction and some reductions in the emissions, but the real benefit is the habitat is so much more healthy because of it,” Gilbert said.

Editor’s note: This story has been updated to correct the location of Pohick Bay.