Virginia will have competitions in League of Legends, Rocket League and SMITE, and schools will be allowed to enter multiple teams of different students for each game title.
Listen now to WTOP News WTOP.com | Alexa | Google Home | WTOP App | 103.5 FM

High schoolers won’t have to exercise to get a varsity letter, now that Virginia is adding electronic sports, better known as esports, as a school competition.

The Virginia High School League (VHSL) has approved a one-year pilot program for esports as a competitive activity.

For the first year, Virginia will have competitions in League of Legends, Rocket League and SMITE, and schools will be allowed to enter multiple teams of different students for each game title.

In League of Legends and SMITE, teams consist of five members. In Rocket League, teams include only three members.

Some schools already had club teams, and at least 23 schools quickly expressed interest in a pilot program before VHSL approved it in May.

“Through this pilot program and with the assistance of PlayVS, the esports platform provider, the Virginia High School League will assess the potential participation of member schools in esports, and provide data to the Executive Committee for potential sanctioning of esports as an official activity for the league,” VHSL said in a statement.

PlayVS is the official esports platform of the National Federation of State High School Associations.

A guide written by PlayVS targeted for parents says electronic sports are “not to be confused with video games”, since there are rules and guidelines that make it different than playing at home.

Schools will pay $64 per student, per game title, per season.

VHSL will require practices and competitions take place after school in a supervised environment. Unlike other sports, no travel is necessary since the competitions are online.

Seasons will run from October to January, and likely from February to May, with games played weekly leading up to playoffs and championships.

Colleges are also beginning to offer esports teams. Northern Virginia Community College started its team last year to compete in the National Association of Collegiate Esports. NOVA’s Overwatch team was among the top in the association.

Still, there have been concerns in places like Kentucky about the level of violence in games like League of Legends. 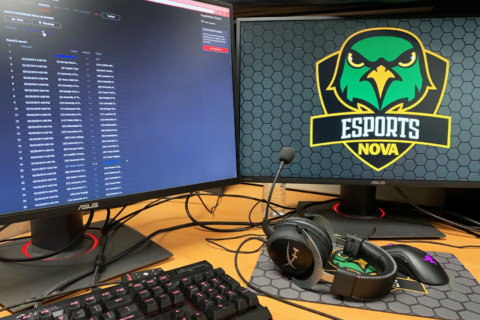 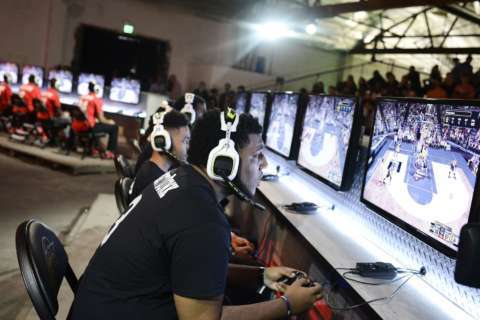 Why the Wizards, NBA are betting big on esports