Virginia’s next icon: A state salamander?

Virginia could get a state salamander thanks to a push from students, under a bill set for a vote in the House of Delegates Monday.
Listen now to WTOP News WTOP.com | Alexa | Google Home | WTOP App | 103.5 FM

WASHINGTON — Virginia could get a state salamander, thanks to a push from students, under a bill set for a vote in the House of Delegates Monday.

A group of students from Northern Virginia and the Williamsburg area asked for the bill and lobbied for it — including by drawing cards supporting the red salamander that they delivered to lawmakers.

“I was really impressed with them, they started and founded this organization known as the Salamander Savers. It’s a 4-H group, and they did their research, wanted to be involved in the process and see this through,” Del. Eileen Filler-Corn said.

A 4-H group is a network of organizations that gives kids opportunities to learn through hands-on projects in health, science and citizenship, according to the 4-H website.

Filler-Corn’s bill, introduced at their request, is due for a final vote in the House of Delegates Monday, which would send the bill to the state Senate.

The red salamander’s scientific name is the pseudotriton ruber. It is native to Virginia.

“Carry Me Back to Old Virginny,” a song that includes racist language, was selected as the state song in 1940, but was redesignated as the commonwealth’s “song emeritus” in 1997.

Under a 2015 compromise, the “traditional” state song is now “Our Great Virginia” sung to the tune of “Oh Shenandoah” and the “popular” state song is “Sweet Virginia Breeze.”

A separate bill to add “The New Dominion” as the state poem was deferred Thursday until 2019. 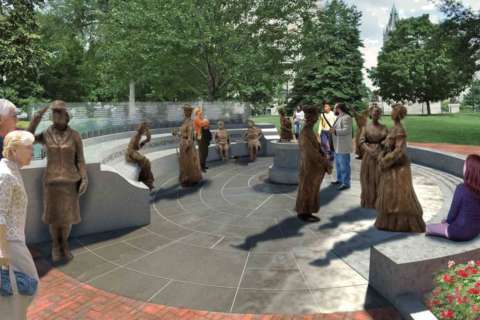