WASHINGTON — A monument honoring 400 years of women’s achievements throughout the Commonwealth is coming to the Virginia State Capitol grounds.

The Virginia Women’s Monument: Voices from the Garden will feature 12 bronze statues and a glass wall of honor with the names of many more of Virginia’s notable women.

“They’re not necessarily the most important women or the most famous women, by any means,” said Sandra Treadway, librarian of Virginia.

Those who will be represented by the bronze statues were included to provide a cross section of Virginia’s women, she says.

“First, to represent all time periods in Virginia history, from the very earliest Colonial periods up through the 20th century,” Treadway said.

She noted the 12 women were selected “to reflect the geographic areas of Virginia, and also from different backgrounds to show the diversity of women’s experiences” and the roles and contributions they’ve made to Virginia.

Former Virginia first lady Susan Allen said that many of the women represented by these statues managed to achieve a lot while living through difficult circumstances.

“I think it speaks to the tenacity of women, no matter what their role in life is, to be able to make the world better,” Allen said.

“Now, for visitors to be able to hear even more of the wonderful story of the Commonwealth, the enriched story brought to life by these statues of these 12 women, it’s just so exciting,” Allen said.

This monument is breaking another type of ground for Virginia.

“It will be the first monument to women’s achievements on state capitol grounds anywhere in the United States,” said Kathy Spangler who directs Virginia’s 2019 Commemoration, American Evolution.

American Evolution will remember 1619 as a key anniversary in Virginia history, which included recruitment of English women to the colony in larger numbers.

See a video of the proposed monument courtesy of the Virginia Women’s Monument: 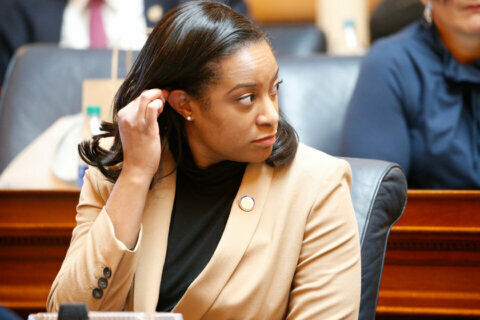