“I’m not shocked that Republicans lost a lot of seats because of the Trump effect," said longtime Republican Del. Dave Albo, who opted not to run for re-election this year. "What I am shocked about was the margins. I mean, they were huge."
Listen now to WTOP News WTOP.com | Alexa | Google Home | WTOP App | 103.5 FM

“I didn’t see a 50-50 split [in the House of Delegates]. I mean, that was not in anybody’s plans,” Albo said. “There were thousands of people who don’t normally vote [who] came out, and I can only explain that by the Trump effect. People are angry; people vote.”

For now, Republicans are claiming a 51-49 majority in the House based on the latest vote tallies, but two Northern Virginia races are likely headed for recounts in coming weeks that could still flip control.

In Stafford and Fredericksburg, Republican Supervisor Bob Thomas leads Democrat Joshua Cole by 84 votes pending the counting of some provisional ballots and additional debates over absentee ballots that the Stafford County registrar said came in after the deadline to count them. Democrats are considering legal challenges ahead of the final certification of the vote next week.

Even ignoring those seats, Democrats flipped 15 seats from red to blue while also winning all three statewide offices.

“It’s just anti-Trump,” Albo said. “I’m for 90 percent of what the man wants to do; I’m a big supporter of his tax cut plan … It’s just [that] 90 percent of what comes out of his mouth is becoming a problem, and I wish that our president would just get back to just promoting his policies.”

Albo said he believes Republicans and even a majority of voters support Trump’s policies. “But … the constant Twitter things is like kicking a hornet’s nest, and it’s caused a lot of angry people to show up and vote. And my Republican party in Virginia paid the price for it,” Albo added.

Prince William County Board of Supervisors Chairman Corey Stewart, who narrowly lost the Republican primary for governor while running on a platform similar to Trump’s, blamed the “drubbing at the hands of the unhinged Democrats” on a failure of Virginia Republicans to fully and completely embrace Trump and called for a more right-wing message in future elections.

Albo, who has represented the Springfield area of Fairfax County since 1994, said that could be a recipe for further failures.

“I think what the Republican Party’s got to do from the top down, from the White House down, is just talk policy. When I talk to my constituents about the Republican philosophy and our policy positions, they agree with us. And if we just get back to policy and get rid of all the chatter, I think we’re going to do fine next election,” Albo said.

Albo announced this spring that he would not run for re-election. Democrat Kathy Tran won his district Tuesday.

Governor-elect Ralph Northam won statewide by about a nine-point margin; Lt. Gov.-elect Justin Fairfax won by about five points, and Attorney General Mark Herring won re-election by about seven points, all driven by strong support and heavy turnout for a governor’s race year in typically Democratic areas like Northern Virginia.

“I’m not shocked that Republicans lost a lot of seats because of the Trump effect,” Albo said. “What I am shocked about was the margins. I mean, they were huge.” 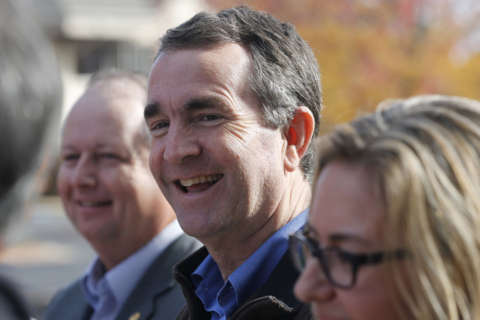