The Fredericksburg Electoral Board was told of problems that could be leading hundreds of voters to cast ballots in the wrong race on Election Day in Virginia.
Listen now to WTOP News WTOP.com | Alexa | Google Home | WTOP App | 103.5 FM

WASHINGTON — The Fredericksburg Electoral Board was told of problems that could be leading hundreds of voters to cast ballots in the wrong race on Election Day in Virginia, but the city attorney advised them to continue with the election, the electoral board said in a statement to WTOP late Wednesday.

State Board of Elections records suggest the same possibly mistaken distinctions had been used in each election since new maps were drawn in 2011.

Since the electoral board had already submitted its results Monday morning before getting formal letters complaining about the issue, the statement said any changes at this point would be up to the State Board of Elections. That board is due to meet next Monday to certify statewide results.

If the latest results hold, Republicans would hang on to control the House of Delegates 51-49. The 28th District is one of three where Democrats expect to file for recounts that could change that. 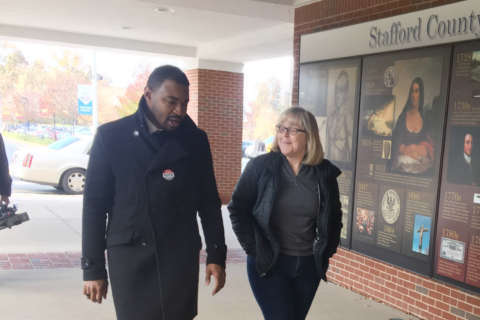