Music legend helps close out ‘A Concert For Charlottesville’

Some of the biggest names in music came together Sunday night to promote unity and lift spirits in the town of Charlottesville, Virginia.
Listen now to WTOP News WTOP.com | Alexa | Google Home | WTOP App | 103.5 FM

CHARLOTTESVILLE, Va. — Some of the biggest names in music came together Sunday night to promote unity and lift spirits in the town of Charlottesville.

The Dave Matthews Band, which formed in town, organized the free concert in response to last month’s events that drew national attention.

In August, a white nationalist rally and a counterprotest ended in tragedy when a driver plowed a car into a crowd, leaving several people injured and one woman, Heather Heyer, dead. 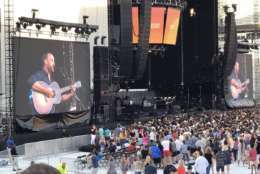 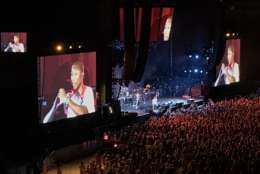 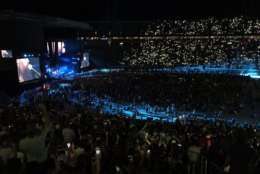 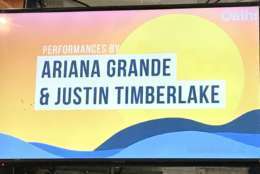 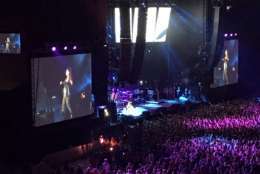 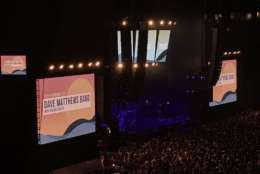 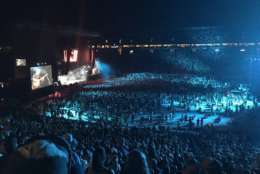 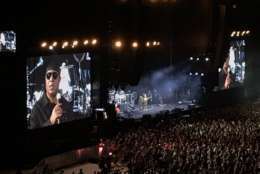 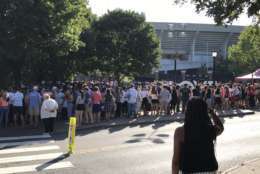 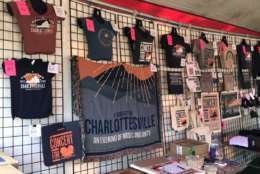 On stage, there was both seriousness and playfulness.

But Brittany Howard from Alabama Shakes joined The Roots for a powerful version of “Ball of Confusion.”

Ariana Grande told fans “I just want to say … how proud I am to be part of a generation that is so passionate about creating a change and for making things better.”

Rumors turned out to be true when members of Coldplay and the legendary Stevie Wonder showed up unannounced.

At one point, Wonder took Matthews’ hand, and both went down on their knees on stage.

“I take a knee for America. Yes, I do. And two knees in prayer for our world. Amen,” Wonder said.

Wonder and the Dave Matthews Band closed out the concert with John Lennon’s “Imagine,” as well as Wonder’s hits “Love’s in Need of Love Today” and “Superstition.”

Although tickets to the concert were free, concertgoers were encouraged to donate to the Concert For Charlottesville Fund.

The money raised, along with net proceeds from T-shirts and other merchandise sold at the show, will go to victims of the violence and their families, first responders and others. 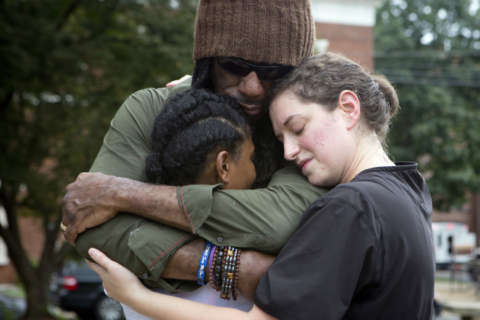 Watch: A Concert for Charlottesville 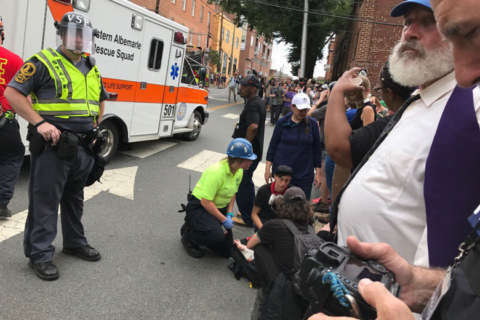