“It’s really hard to have this violence in our town and have somebody die a few blocks from our house,” said Grace Hale, a University of Virginia professor of 20th-century southern history.
Listen now to WTOP News WTOP.com | Alexa | Google Home | WTOP App | 103.5 FM

WASHINGTON — It’s been a little over three weeks since the deadly protests in Charlottesville where Heather Heyer was killed. In the aftermath, people in this college town are still grappling with what happened.

“It’s really hard to have this violence in our town and have somebody die a few blocks from our house,” said Grace Hale, a University of Virginia professor of 20th Century Southern History.

She and her daughter, Emma Hale, are still in shock over the violence.

“I still can’t believe this happened,” said Emma Hale, who’s a senior at a local high school in Charlottesville. 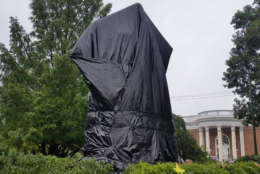 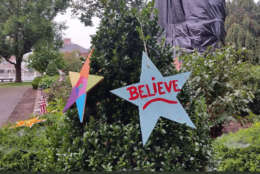 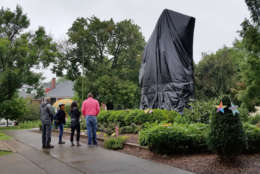 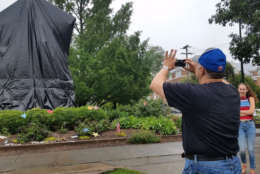 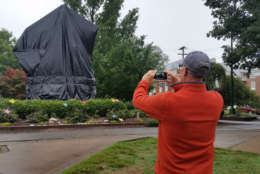 Once again this year Grace Hale was talking to her colleagues at U.Va. about how this was the hardest start of the new school that they’ve ever had.

This small city is no stranger to grief and tension, having weathered what followed in the cases of Morgan Harrington in 2009, Hannah Graham in 2014 and a now-discredited Rolling Stone story about a U.Va. gang rape.

The deadly riots on Aug. 12 were sparked by a protest against the city removing a confederate statue. Ricky Jordan, who is African-American and lives in Charlottesville, doesn’t have an issue with the statue.

“It’s not bothering me for real,” Jordan said.

But what does bother him is the violence.

“Hate is wrong. You don’t hurt no innocent people. You don’t do stuff like that because it’s wrong. God don’t believe you doing that,” Jordan said.

But Grace Hale does take issue with the statue and other Confederate statues. She wants them taken down.

“I wanted them to come down before these events,” Hale said.

But where Hale and Jordan do agree is that they are both critical of how things were handled by the city and police.

Hale said, “I don’t have behind the scene information but it’s completely beyond my understanding why the police didn’t intervene in the violence, people being pummeled right here on the streets, right here where we’re standing [Emancipation Park].”

She adds, “I think we have problems with leadership on all fronts.”

“All the top people should be put to the side,” Jordan said.

Charlottesville resident Karen Yanchunis was overcome with emotion as she came to Emancipation Park, where the Robert E. Lee on horseback statue stands, for the first time since the violence.

“What happened is horrific,” she said. But she feels when Charlottesville comes out on the other side of recent events that it will be stronger.

But she’s conflicted about the Lee statue which the city has covered up in a black tarp.

“It’s not about the statue. It really isn’t. The statue has been here forever,” Yanchunis said, but because of what happened she says she wants the statue moved — perhaps to a museum.