Mayor says Charlottesville police chief told him, ‘Stay out of my way’

WASHINGTON — Charlottesville Mayor Mike Signer said he was kept out of the loop on specific security plans before the deadly white nationalist rally, and when he asked the police chief how he could be of assistance, Signer was told: “Stay out of my way.”

Friday, the City of Charlottesville announced it had hired a former federal prosecutor to do what it called “an independent, external review of the City’s response” to the Aug. 12 “Unite the Right” rally, and two previous race-based gatherings on city property.

Former U.S. Attorney for the Western District of Virginia, Tim Heaphy, said the review “will be thorough and objective, and will begin immediately.”

“This is not just about law enforcement. There have been a lot of questions raised about how the city has handled this, how the police have handled it, how this mayor and city council and city government have handled it. The city wants me to look at all of that,” Heaphy told WTOP.

Before making recommendations, his goal is to gather facts.

In addition to the deadly Aug. 12 event, Heaphy will review the May 13 torchlight rally at Emancipation Park and the July 8 rally of the Loyal White Knights of the Ku Klux Klan at Justice Park.

The announcement from the city came shortly after reports of lack of communication between the mayor and Charlottesville’s Police Chief Al Thomas before the rally.

Signer said he was shut out of substantive participation in security preparations by Thomas.

Instead, Signer was briefed by Virginia Gov. Terry McAuliffe before the Aug. 12 violence about concerns held by Virginia State Police, according to the Richmond Times-Dispatch

In a Facebook post Thursday, Signer said, “Our traumatized community is mourning, grieving, and grappling for a way forward after the terrorist attack on August 12,” but explained he had “no operational role” in how the city handled the violence between protesters and counterprotesters.

After receiving criticism and praise for his response to threats posed by crowded protesters in a city setting, Signer said the existing city manager form of government “would probably surprise anyone learning for the first time about this form of government.”

“The Police Chief reports to the City Manager, who has total operational authority over operations like the ones on August 12,” Signer wrote.

Signer said he and the City Council “were not given the security plan” by Thomas, the chief, before the rally.

“I asked the police chief what I could do to be helpful during that day as Mayor, he answered, ‘Stay out of my way.'”

A police spokesman did not immediately respond to a request for comment from WTOP.

With little knowledge of the city police department’s plans before the violent protests, Signer received briefings from McAuliffe.

McAuliffe relayed several recommendations of state police to Signer, including the possibility of restricting weapons, requiring rally attendees to meet at one location to be bused into the city, and shortening the duration of the five-hour permit, the Times-Dispatch reported.

Virginia’s Secretary of Public Safety and Homeland Security Brian Moran will chair a task force looking at events that took place before, during, and after the incident in hopes of preventing future violence.

In an earlier news conference, Thomas said the 4th Street crossover through the Charlottesville pedestrian mall was supposed to be closed during the protest. Neither police nor prosecutors detailed how James Alex Fields, Jr. was allegedly able to drive his Dodge Challenger across the mall and into a group of counter-protesters.

After Friday’s announcement of the city’s independent review, Signer said, “I strongly support this effort for the sake of a grieving public looking for answers, for accountability, and for the institution of best practices going forward.”

There’s a target of 90 days to complete the review, but Heaphy said he thinks it could take longer.

Charlottesville resident Heather Heyer, 32, was killed, and at least 19 others were injured.

WTOP’s Michelle Basch contributed to this report from Washington. 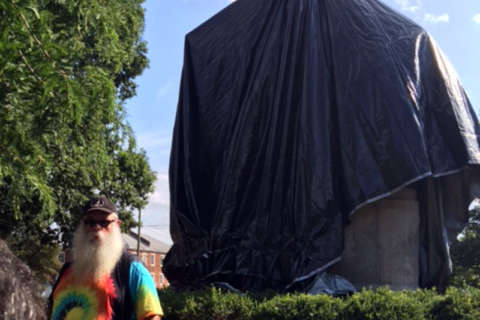