WASHINGTON — There was an attempt to kick the front door in at the Republican Party of Virginia headquarters in Richmond during protests against President-elect Donald Trump Wednesday night into Thursday morning.

RPV staffers also reported graffiti, a pumpkin thrown at a window and a destroyed doorbell.

“This is not the Virginia way, nor is it compatible with our values as Democrats,” she said. “While we strongly respect and support the right to protest peacefully, these actions are indefensible.”

Republican Party of Virginia Chairman John Whitbeck blamed the protest on “hateful rhetoric we have seen these past few months,” which he said came from Democrats and “the media.”

Republicans are lining up for a heated nomination battle in the governor’s race, with Prince William County’s Corey Stewart claiming that Trump’s victory could give him a boost over other likely candidates like former Republican National Committee leader and Senate candidate Ed Gillespie.

The winner of that nomination contest is expected to face off against Democratic Lt. Gov. Ralph Northam.

The Republican Party of Virginia statement condemning the damage at its headquarters tried to link the protests to Northam and Gov. Terry McAuliffe.

Anti-Trump protests broke out in other cities across the country Wednesday night.

Whitbeck referenced a GoFundMe campaign set up by Democrats to help pay for the damage, but added, “the RPV has had a very good year fundraising and has more than enough money to fix our windows.”

“We will move forward — not intimidated but vigilant — and pray that this nation will come together just as Secretary Clinton, President Obama and President-Elect Donald Trump have stated,” Whitbeck’s statement concluded. 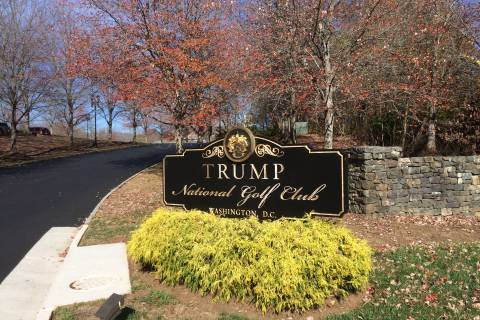 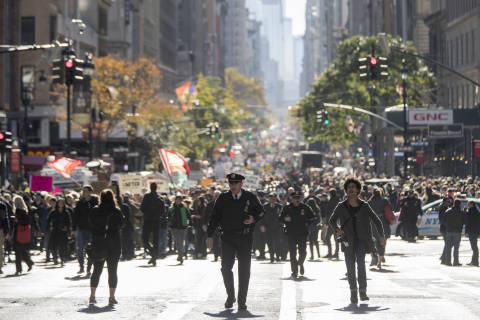 Photos: Across the US, protests against Trump election