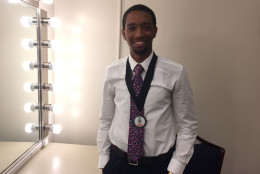 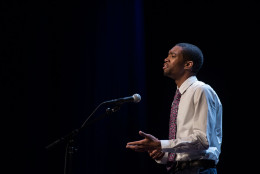 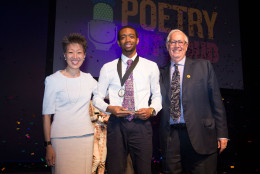 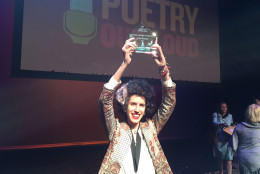 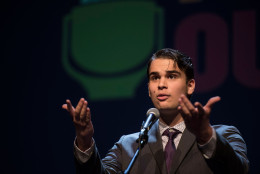 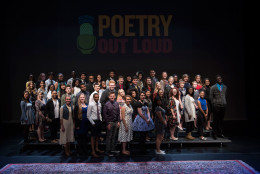 Akhei Togun of Virginia Beach won the 11th annual Poetry Out Loud National Poetry Recitation Contest and its top prize of $20,000. He recited “Bereavement” by William Lisle Bowles in the final round on May 4 at George Washington University’s Lisner Auditorium.

High school students choose a poem from a list of more than 900, memorize it and recite it as part of the contest created by the National Endowment of the Arts and the Poetry Foundation.

Competition begins in individual classrooms with winners moving on to compete in their school, in their state and then on the national level. Students from D.C., Puerto Rico and the U.S. Virgin Islands can also take part.

Last year, Togun earned an honorable mention at the national competition, so this year he worked to improve.

“I felt like I wanted to go out with a bang, because I’m a senior,” he told WTOP after his win. “So that didn’t necessarily mean being No. 1; it just meant, to me, leaving it all out on the stage and being the best I can be.”

Togun says he was already involved in acting when a teacher assigned him to take part in Poetry Out Loud.

“They were like, ‘Wait a minute, you’re really good.’ So I kept moving forward,” he said.

For competition he likes to choose at least one fun poem, as well as one that reminds him of a personal experience.

“The first part of the job is to learn the words,” he added. “After you learn the words, it’s just letting them flow out of you in a way that resonates not only with you, but again with the audience.”

Togun writes his own poetry and urges anyone unfamiliar with the art form not to be afraid of it.

“I do believe that there’s a poem for everyone. So I would say for people who may doubt poetry right now: maybe you just haven’t found your poem yet,” he said.

He will attend The American Musical and Dramatic Academy in New York City for acting, but he’s not sure exactly what he wants to do yet.

Watch Togun recite “I’m a Fool to Love You” by Cornelius Eady at the 2016 National Poetry Out Loud competition, May 3, 2016: