Typo in the sky: Pilot association’s Va. skywriting gets a redo 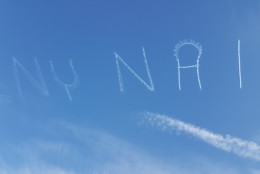 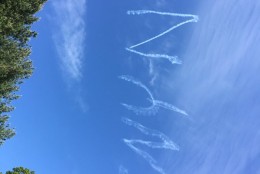 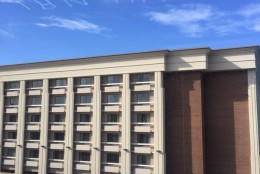 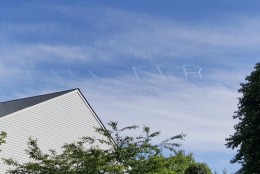 WASHINGTON — Don’t feel so bad about the typo in your tweet — it’s a lot harder to fix it with skywriting.

Above Northern Virginia Monday afternoon, many saw a message that read “#Deny NIA,” but the Air Line Pilots Association confirms it should have been “#Deny NAI.”

It’s part of the association’s campaign against allowing Norwegian Airlines to operate in the United States.

“[Monday’s] skywriting was part of ALPA’s campaign to demonstrate opposition to Norwegian’s request for a foreign air carrier permit. While the first pass was a bit jumbled, like Norwegian’s business plan, it is easily corrected. Norwegian should consider doing the same,” an ALPA spokesperson said in a statement.

The association — which represents and advocates for more than 52,000 pilots at 30 U.S. and Canadian airlines — realized the initial mistake when it started getting calls. The pilot made another pass around 5 p.m. with the correct message.

Youngkin put $20 million of his own money into campaign