WASHINGTON — Looking ahead after the State of the Union address, Virginians may be more optimistic about the future of…
Listen now to WTOP News WTOP.com | Alexa | Google Home | WTOP App | 103.5 FM

A Roanoke College poll suggests 53 percent of Virginians think the commonwealth is going in the right direction, but a similar percentage think the country is on the wrong track.

Both are improvements from the same poll a year ago, when two-thirds of Virginians believed the country was on the wrong track and fewer than half thought the commonwealth was headed in the right direction.

The poll finds President Barack Obama’s approval and disapproval rating among Virginians is evenly split, even though voters have more favorable views of the state’s Democratic leaders, such as Gov. Terry McAuliffe and Sen. Mark Warner.

Republicans in the General Assembly have supported expansion only after reforms, while Democrats including McAuliffe are pushing for expansion now.

A brighter spot for McAuliffe might be the poll’s findings on gun control.

But there is an even split on whether Virginia should resume limiting handgun purchases to one per month.

The poll’s margin of error is four percent. 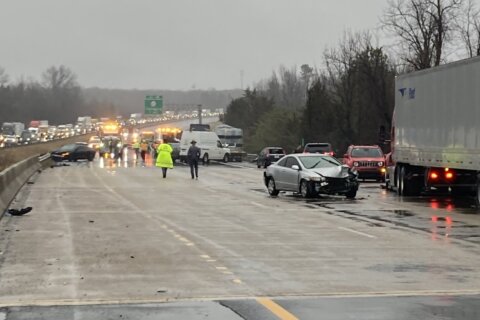