A group of supporters for Joe Exotic, the star of the popular Netflix docuseries “Tiger King,” traveled to D.C. from Fort Worth, Texas, to ask President Donald Trump to grant the zookeeper a presidential pardon.

The group of attorneys and supporters arrived in a motor coach bus decked out with a message to the president and larger-than-life images of Joe Exotic and a tiger on Wednesday.

“We trolled all through downtown, the Capitol, obviously the White House and Congress,” said Eric Love, the private investigator on the case, who is also known as Big Juicy.

Joe Exotic, whose legal name is Joseph Maldonado-Passage, is serving a 22-year prison sentence in Texas for his role in a murder-for-hire plot involving Carole Baskin, a rival zookeeper. He was also convicted in the deaths of five tigers and violating the Endangered Species Act.

Joe Exotic’s legal team maintains his innocence, and Love said they’re concerned about the spread of the new coronavirus within the prison where he is incarcerated.

“The crime does not match the time — if there’s a crime at all,” Love added.

He said prison has been rough for Joe Exotic and, despite his story taking off worldwide on social media, the zookeeper is focused on getting out and going on what Love called a redemption tour.

“He’s the world heavyweight of Netflix. We’re here to right the wrong, and that’s what we intend on doing. We look forward to a positive outcome,” Love said. 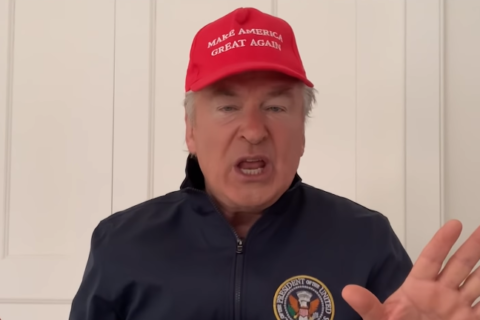