Lauer, as co-host of the “Today” show, was one of the highest-paid figures in the media industry.

NBC announced his firing on the show Wednesday.

Lauer, who was with NBC 20 years, released the following statement Thursday morning and it was read on the show:

There are no words to express my sorrow and regret for the pain I have caused others by words and actions. To the people I have hurt, I am truly sorry. As I am writing this I realize the depth of the damage and disappointment I have left behind at home and at NBC.

Some of what is being said about me is untrue or mischaracterized, but there is enough truth in these stories to make me feel embarrassed and ashamed. I regret that my shame is now shared by the people I cherish dearly.

Repairing the damage will take a lot of time and soul searching and I’m committed to beginning that effort. It is now my full time job. The last two days have forced me to take a hard look at my own troubling flaws. It’s been humbling. I am blessed to be surrounded by the people I love. I thank them for their patience and grace.

A statement from Matt Lauer: “There are no words to express my sorrow and regret for the pain I have caused others by words and actions…” pic.twitter.com/f93rHXqKQD

Lack said in a statement that a “detailed complaint” about Lauer had been received Monday night and that it was “a clear violation of our company’s standards.”

Hours after the firing, “Variety” posted what it said was a two-month investigation into Lauer’s behavior, accusing him of crude and habitual misconduct with other women around the office. Variety reported allegations that Lauer once gave a colleague a sex toy with an explicit note about how he wanted to use it on her; that he exposed himself to another female co-worker; that he would question female producers about their sex lives; and that he would talk about which co-hosts with whom he would like to sleep.

NBC said the misconduct started when Lauer and a network employee were at the Sochi Olympics in 2014 and continued beyond that assignment.

On Monday night, we received a detailed complaint from a colleague about inappropriate sexual behavior in the workplace by Matt Lauer. It represented, after serious review, a clear violation of our company’s standards. As a result, we’ve decided to terminate his employment. While it is the first complaint about his behavior in the over twenty years he’s been at NBC News, we were also presented with reason to believe this may not have been an isolated incident.

Our highest priority is to create a workplace environment where everyone feels safe and protected, and to ensure that any actions that run counter to our core values are met with consequences, no matter who the offender.

We are deeply saddened by this turn of events. But we will face it together as a news organization – and do it in as transparent a manner as we can. To that end, Noah and I will be meeting with as many of you as possible throughout the day today to answer your questions. 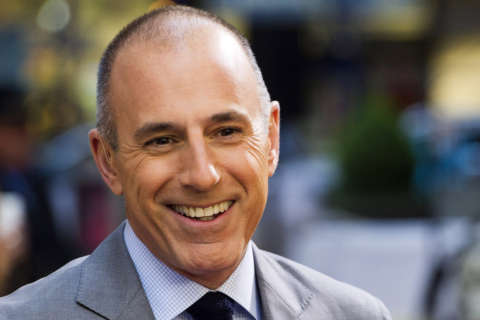