Local airport employees, who were set to strike Tuesday and Wednesday, have decided to postpone the planned work stoppage in light of Tuesday's incident in a Brussels airport and subway.
Listen now to WTOP News WTOP.com | Alexa | Google Home | WTOP App | 103.5 FM

WASHINGTON — Local airport employees, who were set to strike Tuesday and Wednesday, have decided to postpone the planned work stoppage in light of Tuesday’s incident in a Brussels airport and subway.

“We stand in solidarity with the Brussels Airport workers and our thoughts and prayers are with the families that lost loved ones in this senseless tragedy,” said Legesse Woldearegay, who works as a customer service agent for Eulen America, a Miami-based Delta and American airlines contractor. “We must all work together to make our airports as safe as they can possibly be.”

Airport workers throughout the nation were set to air their workplace grievances — including health and safety violations, unfair labor practices, and inadequate training. They’re organizing as part of a national movement for better jobs, higher standards and improved airports, according to a press release.

“We need critical training to protect ourselves, other workers and the passengers if there were to be an emergency,” said security officer Sadaf Subijano, who has worked at Chicago’s O’Hare International Airport for 20 years.

Subijano and her fellow officers working for Universal Security do not receive the critical training they need for their own safety, to protect other employees and the traveling public.” 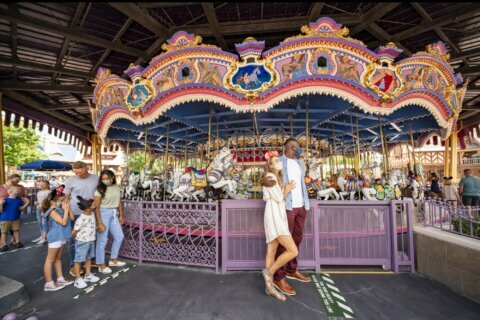 5 tips for planning your Walt Disney World trip in 2020