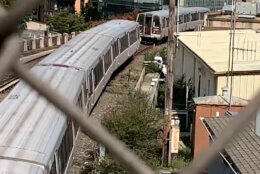 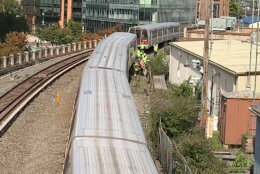 About 100 Red Line passengers were stuck onboard a Metro train that stopped outside Union Station after two rail cars detached from each other Friday afternoon.

The Red Line train was traveling from Union Station to the NoMa-Gallaudet U station when the two cars separated from each other at 12:21 p.m., Metro Transit Police said.

All eight cars remained on the tracks, but the 103 passengers on board were stuck for about two hours before emergency crews escorted by them by foot from the disabled train back to Union Station.

The incident led Metro to suspend service on the Red Line between Gallery Place and Rhode Island Avenue stations, and the rail system said riders should expect delays.

Metro said shuttle buses were called in to route passengers around the closure.

In a tweet at about 2:40 p.m., Metro Transit Police said all passengers had made it back to Union Station safely. D.C. Fire and EMS, which was assisting Metro with the response, said two passengers were evaluated.

What caused the rail cars to separate is still being investigated. Metro Transit Police called it “an undesired uncoupling.” Crews were working to haul the 6000 series train to the rail yard.

An investigator with the Washington Metrorail Safety Commission was also on the scene.

The commission tweeted later Friday, “The first two cars of the train ended up about 59 feet from the trailing 6 cars of the 6000 Series train.”

Update on today’s Red Line event:
The first two cars of the train ended up about 59 feet from the trailing 6 cars of the 6000 Series train.
A tie fire was also apparently put out with a fire extinguisher.
The investigation will focus on a number of areas in coming days & weeks pic.twitter.com/SOaL6jE8KK

An investigation will be ongoing.

D.C. Fire and EMS said it was also investigating a possible cross-tie fire. Spokesman Vito Maggiolo said the small fire was put out by Metro personnel with a fire extinguisher.

Passengers stuck onboard the train tweeted about the incident.

“We heard this loud noise and then everything stopped,” a passenger tweeted.

Later, she tweeted that firefighters had passengers walk single-file from the disabled train back to Union Station.

Maggiolo said power was cut to the tracks and safety devices were installed before passengers were escorted back to Union Station.

WTOP’s Teta Alim and Luke Garrett contributed to this report. 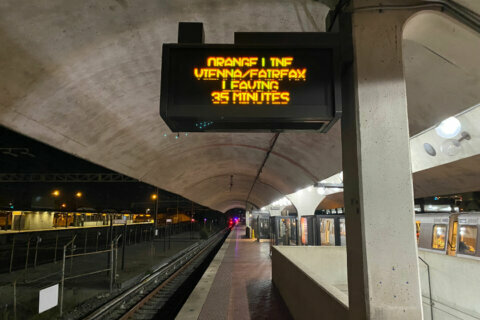 What to know about Metro’s Tuesday delays

Should employers be planning for the worst when it comes to restoring Metro service? 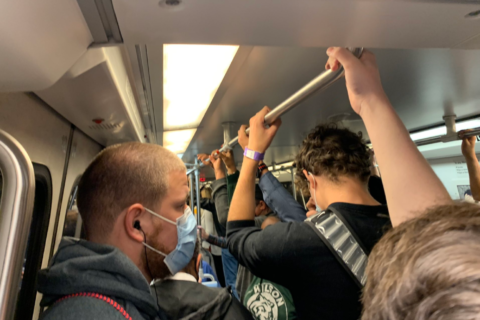