While the Metro stations and tracks on the Silver Line extension to Dulles International Airport and Loudoun County look like they're done, it remains unclear when riders will actually be able to board trains.
Listen now to WTOP News WTOP.com | Alexa | Google Home | WTOP App | 103.5 FM
(1/7) 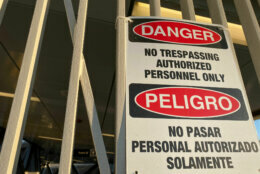 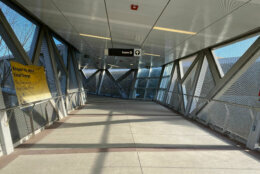 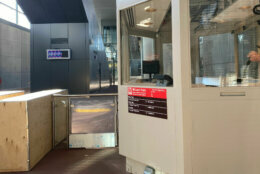 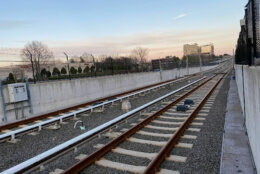 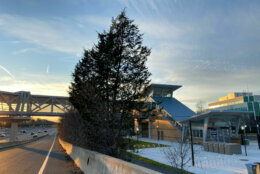 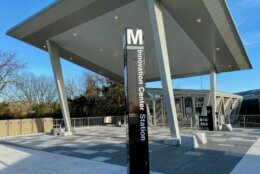 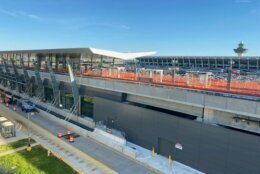 Metro announcements blare through the speakers. Lights flash in a station kiosk. The scene is familiar for frequent Metro passengers.

But while the stations and tracks on the Silver Line extension to Dulles International Airport and Loudoun County look like they’re done, it remains unclear when riders will actually be able to board trains.

Still, there’s temporary orange safety netting and padlocked doors on platforms to ensure workers don’t accidentally step down onto active tracks during train testing. Additional fixes are also needed for track alignment, and other cleanup and repair work is needed in the rail yard.

The biggest apparent schedule holdups at this point are disputes between Metro, the Metropolitan Washington Airports Authority and construction contractors related to train control software updates that must be installed to connect the active Metro system at Wiehle-Reston East to the new stations and tracks.

Another current potential holdup is a dispute over whether problems with concrete panels that frame some station areas have been adequately addressed.

Metro’s Office of Inspector General could release a key report with recommendations for Metro in coming days or weeks. Its findings are expected to shape the debate moving forward.

Trains have already been run through key parts of the testing process on some parts of the line, and some switch locations show signs of use.

Metro has yet to commit to accepting key switch areas that were out of alignment, since one of the fixes for that has been to use different sized pieces, rather than a single standardized part, in parts of the track structure. There appears to be a path to resolving the issue.

The contractors building the line are working for the Airports Authority. Metro will only take ownership of the line when it is designated as “substantially complete” and then must complete additional training and final tests.

Last month, Metro General Manager Paul Wiedefeld said he does not expect riders to get on the trains to Dulles and Ashburn until well into 2021.