Current and former union leaders said that there could be broader disruptions if Metro and regional transit systems in Virginia continue to use contractors for their operations.
Listen now to WTOP News WTOP.com | Alexa | Google Home | WTOP App | 103.5 FM

Nearly one month into a strike that has shut down more than a dozen bus routes in Northern Virginia, current and former union leaders said that there could be broader disruptions if Metro and regional transit systems continue to use contractors for their operations.

The ongoing strike against Transdev, the private operator of Metro’s Cinder Bed Road garage in Lorton, is just part of the broader fight against privatization, union officials said.

Cinder Bed Road workers have been on strike for 29 days, cutting off service for thousands of daily bus riders.

Negotiations with a federal mediator continued Wednesday and Thursday.

Fairfax Connector drivers could start their own strike against Transdev in just over a week if there is no agreement on their separate contract before it expires on Dec. 1.

The strike would affect many more people than the Cinder Bed strike. It will also take away some of the limited alternatives available to Fairfax County riders, whose routes have been canceled during the last four weeks because of the Cinder Bed Road strike.

And as promised union and supporters make a show of leaving after public comment period – chanting against #Wmata pic.twitter.com/4ap8JLmBsd

Still, former Amalgamated Transit Union Local 689 President Jackie Jeter warned that there could be even more significant regionwide disruptions if Metro moves forward with plans to use contractors for service on the Silver Line extension to Dulles International Airport and Loudoun County next year.

The union has pushed back against that and other privatization plans.

During a Metro Board meeting Thursday, union members and supporters led chants, briefly disrupting the meeting.

Thomas criticized Metro General Manager Paul Wiedefeld’s efforts to turn the system around, saying, “It’s not back to good, it’s gone to hell.”

The union is concerned lower wages and benefits for workers — with contractors doing essentially the same jobs — could lead to cuts in wages, benefits and pensions for current Metro workers, or that money would simply go toward profits rather than service.

“If you don’t treat us right, there’s 8,000 workers standing behind these 120 transit workers, and they’re ready to join this fight,” former ATU 689 President Mike Golash said.

Metro has largely stayed out of the ongoing strike negotiations.

“Obviously, there’s a lot of tension around the strike and around this issue. The fact that they met yesterday, they’re meeting today with a federal mediator, is very positive. And hopefully, cool heads will prevail, and we’ll reach closure on this very soon,” Wiedefeld said.

Wiedefeld, however, declined to weigh in. 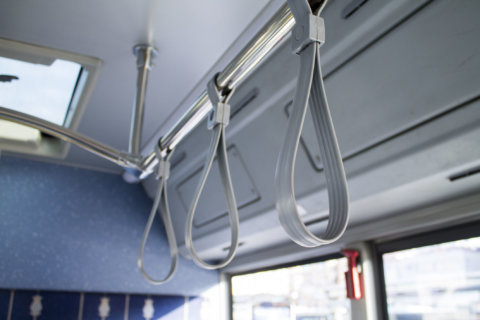