Amtrak added some extra high-tech layers of security at D.C.’s Union Station on Tuesday during the Thanksgiving travel rush. And Metro is also planning to use some of the technology soon at its stations.

At Union Station, Amtrak Police were testing two types of scanners, neither of which required the people being screened to stop for a checkpoint, or to even notice that they were being monitored.

Though there were signs posted about entering a screening area, there was no line, since everyone being checked can just continue going about their business as usual.

“It is able to detect hidden objects beneath someone’s clothing to see if there’s a threat,” TSA Capt. Jim Bamberger said. “It doesn’t slow down people, doesn’t stop traffic, doesn’t cause a backup.”

The more expensive of the two machines — called QinetiQ and costing more than $200,000 — is controlled by a joystick to examine each person coming through an area, in this case near the Sbarro.

A green vertical bar turns red on the screen to flag anyone the QinetiQ system is concerned about. Officers can then approach that person for an interview.

The machine is described as using passive millimeter wave technology, which takes in radiation emitted by the body and notes spots where that normal signal appears to be blocked.

The other machine — called ThruVision and costing about $110,000 — points at a specific spot and automatically checks each person coming through that window. It displays ghostly green impressions of each person’s body, with dark spots showing specific areas of concern.

The machines are getting regular updates that continually need to be tested as part of efforts to detect even smaller weapons people may have under their clothes. 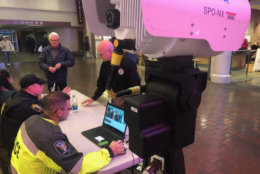 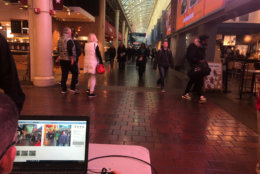 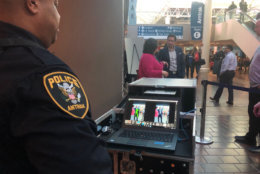 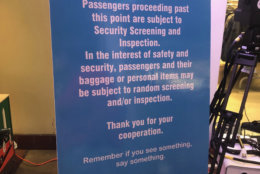 Still, the machines aren’t perfect: They can flags things such as heavy coats, a water bottle or a cellphone.

It takes about 15 minutes to set up the machines, and an hour or two to train officers on how to use them.

The TSA or local agencies have used the machines over the last few years in Los Angeles; at large events, such as the Super Bowl or national political conventions; and for certain stand-alone tests. Amtrak has tried the systems at New York’s Penn Station.

Basically, Bamberger said, “any time there’s a large gathering of people where we need another layer of security.”

At airports, that could mean using the device in areas outside security checkpoints in the future with the same goal the TSA and security agencies have at train stations: limiting the damage in the event there is an attack, by identifying a potential threat in a less-crowded area or in a spot with less vital infrastructure.

“We are now working with WMATA to be able to take lessons learned here … and then put it into a WMATA facility, so that we can see people coming in and out of a Metro stop,” Bamberger said.

The scanner would likely be focused on an escalator or at fare gates at a busy Metro station to allow one person to be checked at a time.

The Metro Board voted last week to allow the Metro Transit Police to borrow the TSA machines for some test runs in the transit system. 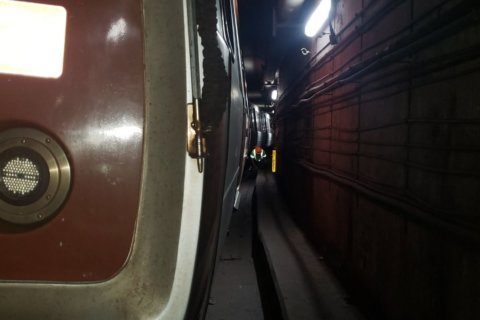 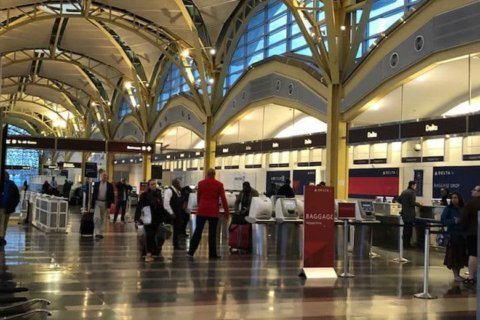