Metro’s discussions of extending its largest round-the-clock shutdown yet were kept secret, even from local officials responsible for planning many alternative options. The full shutdown of all six stations south of Reagan National Airport is now scheduled to include the rough traffic week that follows Labor Day.

A month after Metro learned additional closures would be needed at the end of this summer’s Blue and Yellow line shutdown, Alexandria’s City Council lit into the agency’s top leaders Tuesday night about why the Virginia city and the public only learned of the extended work through a news release last week.

“The announcement last week really was dumbfounding for us,” Mayor Justin Wilson said.

Metro’s discussions of extending its largest round-the-clock shutdown yet were kept secret, even from local officials responsible for planning many of the alternative options.

The full shutdown of all six stations south of Reagan National Airport is now scheduled to include the notoriously rough traffic week that follows Labor Day.

Metro, Alexandria and Fairfax County had been telling commuters the stations would reopen right after Labor Day.

“It is, you know, a direct contradiction to what we have explained to the public about the impacts of this closure for a while,” Wilson said. “And it prompts, quite rightly, very valid questions about whether everything else we’re telling the community about this shutdown is true and will meet reality.”

Metro chief engineer John Thomas said an initial proposal to extend the work — submitted a month ago — would have created even more problems, with extra weekday single-tracking and 10 total weekend shutdowns of all the stations closed this summer, essentially leading to weekend closures through Thanksgiving.

Instead, Metro and contractor Kiewit Corp. settled on the current plan to do the bulk of the work at Braddock Road between May 25 and Sept. 8.

“If there’s a Category 5 hurricane heading to Alexandria, I would expect our staff should let us know. Saying, ‘Hey, it turned out to be a Category 1, no big deal,’ like, is not the answer. And, sitting for a month without telling us? Come on. This is absurd. This is absolutely absurd,” Wilson told senior Metro managers.

Metro responded Tuesday afternoon just before Metro staff spoke to the city council, but the council was not satisfied with the response.

With the information he has now, Wilson said he would not be confident standing with or vouching for Metro at an upcoming news conference warning commuters of the summerlong disruptions.

Councilman John Taylor Chapman expressed similar concerns about whether he can trust Metro now, when his initial instinct was to question the original dates, but he went along anyway.

“We said Memorial Day to Labor Day. I didn’t come up with that timeline. You guys did,” Chapman said.

Now, he is not confident Metro will stick to the new schedule of a one-week shutdown extension, despite the agency’s assurances.

“I’m not going to tell anybody that. I’m going to tell them a month, because I have no clue what’s going to happen. None of us up here do. Nobody in this community does. I’m not willing to go to bat for you, not with these voters. No, no, no, no. This is outrageous,” Chapman said.

The additional shutdown time is needed, Chief Operating Officer Joe Leader said, to fix the uneven platform at the Braddock Road Metro station, where some riders can trip between the train and platform — and riders with wheelchairs cannot use some train doors at all.

“Every decision that we make is based on two criterias [sic], and that criteria is: is it safe and what is best for our customers,” Leader said.

Metro’s contractor plans to cut the 1.6 million pound platform off a central support, hoist it up so that the main supports can be cut down to size, then reconnect it. Only after that will the other, originally planned platform work begin to fix granite and tiles.

“I assumed, naively apparently, that you guys had done the work to determine the scope of that work,” Wilson said. “You guys haven’t even started yet. What are we going to find when we get started?”

Wilson worried there might be additional surprises once repairs begin.

Wilson said he would have preferred the work begin sooner in May if extra time were needed, but Leader said that would not be possible at this point due to shuttle bus contracts and the timing of materials orders.

The new plan was worked out after site preparations identified the specific problem causing the “hump” in the middle of the Braddock Road platform, and additional work that would be needed to address it.

Past consultants had not come up with feasible plans, and Metro had expected to fix the issue by simply using different amounts of concrete on the surface of the platform.

In addition to the extra work at Braddock Road, Metro now plans to replace floor tiles throughout the closed stations as part of the work rather than just the tiles on the platforms.

“When we looked at this, and we asked our contractor to look at everything they can do to consolidate the work as much as possible, and we know we’ll still have some construction going on in the station, the best they could come up with us was to extend it to the next weekend where we would be able to get back our service come Sept. 9,” Leader said.

That date is now firm.

“We are very confident with Kiewit that they’re going to get it done. It’s just that this work at Braddock is going to take the extra week,” Leader said.

Those are the same reassurances Metro offered about the previous schedule though, Councilman Canek Aguirre said.

His frustration is through the roof after even city leaders found out about the shutdown extension through Facebook, Twitter and text messages.

Wilson asked for a personal call from Metro if there is any chance of the schedule slipping again.

Even when stations reopen, the disruptions will not be done for Blue Line riders. Metro’s plans still call for round-the-clock single-tracking and service cuts through Van Dorn Street when service resumes. Additional work through the fall beyond that is not projected to have rush-hour impacts.

Alexandria and many local businesses expect to lose millions of dollars due to the shutdown.

Chapman called for more support from Metro to the city, especially when it comes to clear communication.

“You and I both know how much it’s costing us, and you’re going to ask us for the same amount of money next fiscal year, regardless of how much we make over the summer,” Chapman said.

He cited the effort city leaders have put in to support Metro, even to their own detriment. Paul Smedberg is widely considered to have lost his seat on the council last year, largely due to controversy surrounding communication problems tied to the second entrance to the upcoming Potomac Yard station. Initial construction on that station between Braddock Road and Reagan National is expected to begin during this summer’s shutdown.

The state has now promised $50 million to restore a second entrance at the station that had been quietly deleted due to cost concerns — until the announcement Amazon and Virginia Tech would be coming to the area along U.S. Route 1.

Exact designs and timelines for that entrance are still being considered, but Metro’s contractor for the station has come up with a new idea for an entrance at the southeast corner of the station. It is not yet clear whether that plan will fit into the budget and construction timeline, or whether one of the other options will be chosen instead.

Metro plans to extend the four free shuttle bus routes running during the shutdown through the closure’s new end date. That includes one of the routes set to be operated by Alexandria’s DASH bus system for which Metro will reimburse the city.

The additional week of service was not included, however, in a grant request formally approved by the city council Tuesday night as part of a variety of other transportation improvements planned during the shutdown that have been fast-tracked by Alexandria, Fairfax County and Virginia state officials.

“In some cases, we’re left on our own on this,” Wilson said, because Metro does not immediately have plans to provide additional support for alternatives in the newly extended period.

Plans already in place include changes to traffic light timing, police presence and HOV requirements in Alexandria; additional bus service on existing routes; extra water taxi service between Old Town Alexandria and The Wharf in D.C.; a bus lane on the shoulder of the Capital Beltway; and Amtrak discounts for VRE riders.

The shutdown is expected to add even more backups than it otherwise would, because construction on the Interstate 395 HOV lane conversion to toll lanes is scheduled to continue into October.

“We know it’s impactful. Don’t get me wrong,” Leader said. “When we make these decisions, we don’t make them lightly, and we’re trying to do what we can in order to get this work done.”

The communication failures are making it even more difficult to get people to use Metro though, Chapman said, because even his wife chooses to drive not because it is easier, but because she does not trust Metro.

“I’m at a total loss. Like, total and complete,” Chapman said. “But whenever it’s done, I do want to get riders back on WMATA. We have no other choice.”

This is just the initial phase of Metro’s planned lengthy shutdowns for platform work, with shutdowns planned across the system in coming years.

Chapman and Wilson, a daily Metro commuter, described this as an extremely rough start.

He had no promises for what he will tell other officials in places like Greenbelt and Vienna, where work is planned next year.

“What do you think I’m going to say?” Chapman said. “You guys didn’t even trust us to tell our staff ahead of time. We got a public announcement about this.” 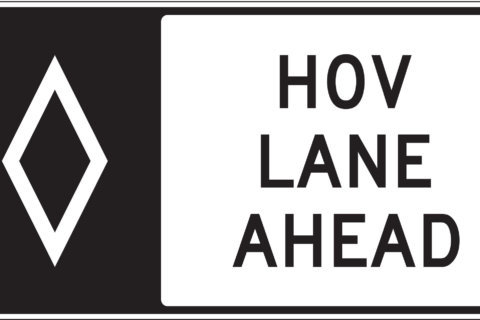