In the meantime, the overall project is hanging on by a thread to the latest construction timeline, which already includes a number of delays over the last several years.
Listen now to WTOP News WTOP.com | Alexa | Google Home | WTOP App | 103.5 FM

ARLINGTON, Va. — The additional problems a whistleblower raised about concrete panels framing new Silver Line stations will not require additional fixes beyond a sealant that had already been planned for them due to other production failures, a project official said Tuesday.

The conclusions about potential chemical reactions in the concrete panels are the result of a Metropolitan Washington Airports Authority review triggered by a lawsuit unsealed in May. That suit showed that Universal Concrete Products had changed the source of the rocks used in the concrete panels without disclosing that change to the main contractor, Capital Rail Constructors, or to the airports authority.

Charles Stark, who leads the Silver Line project for the airports authority, said that the investigation is complete and that no further checks are needed for this particular problem.

“There is no reaction taking place,” Stark said. “It is very good news.”

However, before the lawsuit was unsealed, the authority had identified other problems with the amount of air and water in the concrete panels and an insufficient amount of concrete protecting the rebar inside some panels. To account for the initially publicized issues — which prosecutors allege were partially covered up by falsified paperwork from the subcontractor — the airports authority and main contractor for the Silver Line to Dulles International Airport and Loudoun County had decided to put water sealant on the station framing panels this fall.

The sealant work is going to be done on hundreds of panels to address those problems, and will need to be redone every decade to keep water from getting in and speeding degradation. Many other panels were removed completely, because they could not be salvaged.

“[The panels were] more sensitive to water because of the deficiencies in the concrete, and protecting the concrete from water will give us the 100-year life that we expect,” Stark said.

The subcontractor at issue is still providing panels for the project, Stark said, but with tighter oversight from a new inspector. One of the problem panels that must be removed because of those other issues is still in place at the Ashburn station, and will be replaced after rails are installed.

In the end, Stark said, the Silver Line “absolutely will be solid.”

Concerns about another delay to opening date

In the meantime, the overall project is hanging on by a thread to the latest construction timeline, which already includes a number of delays over the last several years.

Former Fairfax County Board of Supervisors Chairman Kate Hanley, now the chair of the airport authority board’s Dulles corridor committee, said Thursday she is concerned that the opening of the line could be delayed yet again.

“We have some challenges ahead. No doubt about it,” Couch replied, but he said the project does remain on track to open in 2020.

Much of the work being done now is electrical, including installing cables and finishing permanent power connections.

At Dulles, the underground tunnel to Garage 1 that will also connect to the train station is due to reopen in late October. When it does reopen, people heading to or from the parking garage will be able to use newly extended moving walkways.

It is part of a transition from the heavy construction phase to the startup of test trains that will be required before Phase 2, from Reston to Ashburn, is handed over to Metro.

“That is a difficult transition. We’re throwing everything at it. We have been working six 10-hour days and night shifts for virtually the entire year, and we’re going to keep throwing everything we’ve got at it, but there are challenges ahead,” Couch said.

With 87 percent of the design and construction work complete, the project is weaving just above and below a tracking line for the slowest possible schedule to still meet the latest goal for completion. 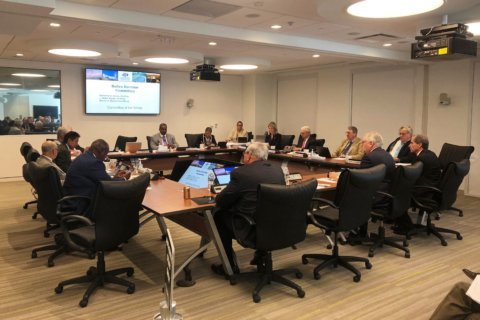 Tests: Silver Line concrete problem may not be as bad as feared 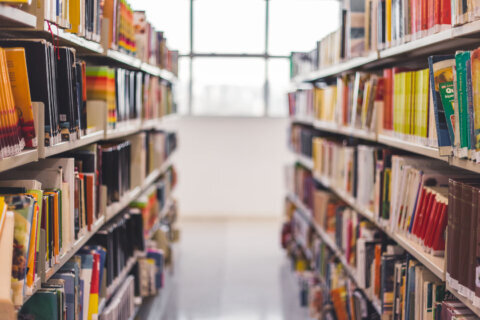