The base of the 8-foot section of rail appeared to be rusting, Metro said, even though previous automated and human inspections had not identified any problems.
Listen now to WTOP News WTOP.com | Alexa | Google Home | WTOP App | 103.5 FM

WASHINGTON — Metro left third rail power running for more than 20 minutes after a train derailed last week, despite the problem initially being reported as a smoke incident due to pulverized concrete — and the rail that broke under the 7000 Series train had shown previous signs of wear, an investigation found.

Hemming and hawing about using a possible rescue train to move riders out of the area of the Jan. 15 derailment contributed at least 30 minutes to the nearly two-hour evacuation process. When Metro considered using a rescue train, firefighters had to leave the tracks so third-rail power could be turned back on, Lavin said. 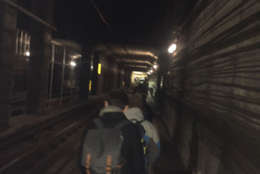 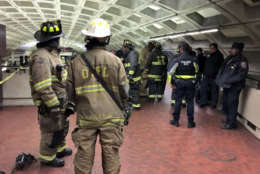 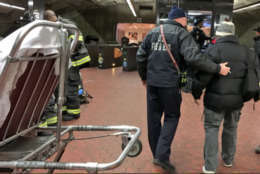 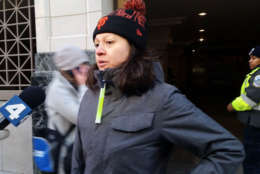 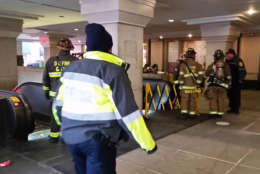 The tests had instead been scheduled every other week, only actually done monthly, and even then only tested one-way of the two-way communication.

A follow-up test of the uplink and downlink capabilities across the system found no problems, Lavin said, but he acknowledged that there are still some spots in the system where Metro’s radios do not work perfectly.

The base of the 8-foot section of rail appeared to be rusting, Metro said, even though previous automated and human inspections had not identified any problems that would lead the rail in a curve between Farragut North and Metro Center being taken out of service.

“[It] suggests that the integrity of the rail was compromised before the rail fully fracturing during the incident,” a Metro briefing document said.

The rail has now been sent for testing, and Lavin said it is not clear that the problem could have been identified by Metro’s existing inspection system, since automated testing does not reach parts of the rail’s base.

Metro is waiting on the test results before deciding whether other similar rail installed around 1993 would need additional checks.

In the meantime, Metro is going to increase ultrasonic testing of the rails in the system from two to three times per year, with the third inspection performed by outside experts. Metro is also considering expanding other digital track testing programs.

Tunnel ventilation fans did work properly during the incident.

A Metro Transit police officer on the train had to walk all the way from the eighth car of the train to 300 feet in front of the train to inform Metro’s Rail Operations Control Center the incident appeared to be a derailment. He got through about 20 minutes after it occurred, as the train operator struggled to get clear radio communications out. Lavin said the derailment report escalated a situation that had initially been treated as a mechanical failure.

Metro’s investigation found hand-held radios generally did not work well, and the built-in train radio had spotty service at best. The Metro radio system had last been checked in the area Dec. 6.

A total of six axles of the train were found derailed after the rail broke under the third or fourth car of the train around 6:26 a.m. Monday, Jan. 15, Martin Luther King Day. The train continued dragging along the tunnel wall with some wheels from the fifth, sixth and seventh cars off the tracks for about 796 feet to slow from 37 mph.

The eighth car of the train actually derailed then bounced back onto the tracks, Lavin said, and emergency lighting did not properly activate in at least one car. It is not clear whether the public address system would have worked in that car.

At 6:28 a.m., the train operator reported smoke and an automatic emergency brake application.

The last of the 60 riders and three Metro workers were walked about 1,700 feet through the tunnel to Metro Center by 8:24 a.m., more than 1 1/2 hours later. Metro said the portion of tunnel used for the evacuation was clearly lit.

The train operator was cleared of any initial issues in post-incident testing for fatigue, drugs and alcohol. 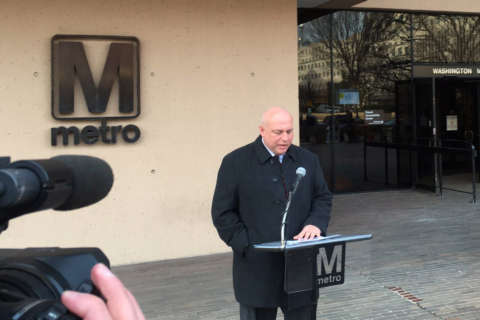