WASHINGTON — After two years of federal oversight of Metro safety, local governments are close to significant steps needed to take that safety oversight responsibility back.

The region, through the Metropolitan Washington Council of Governments, recently signed a contract with a search firm to find a transit safety expert to serve as the Metro Safety Commission’s full-time executive director. The job could be posted this month.

After several years of promises and negotiations — which picked up after Carol Glover died on a smoke-filled Yellow Line train outside L’Enfant Plaza in January 2015 — Congress approved this summer the legislation passed by the two states and the District to set up the commission.

“We’re doing things like acquiring office space,” Mitchell said. “We are in the process of appointing commissioners which is the next step.”

The executive director, who will handle day-to-day operations, will have to establish the actual safety inspection and oversight work of the agency.

“Clearly having transit safety experience is huge with a major rail transit system, but also somebody who understands that this role is about oversight,” Mitchell said of the criteria for an executive director.

As under the current oversight from the Federal Transit Administration, Metro will remain ultimately responsible for actually addressing any safety issues that are identified.

“The other issue is it’s got to be the type of person with the leadership skills to stand up a new organization,” Mitchell said. “So in a way we’ll be building the plane as we fly it, but they will be setting up the organization as it is taking over oversight back from FTA.”

While the hope is that the commission will be certified by the FTA early next year, Mitchell said that timeline could change depending on how long it takes to hire inspectors and an executive director.

“This is going to require somebody with a high level of integrity and with great professional experience in their background, no blemishes from a safety standpoint, so the search will take as long as it takes to get the right person,” Mitchell said.

The U.S. Department of Transportation is withholding federal transit funding from the entire region — not just Metro — until the local commission is certified.

Mitchell praised recent progress at Metro, and said that has helped drive some regional consensus that Metro needs additional cash even if it does not happen in this winter’s General Assembly sessions in Maryland and Virginia.

“I think there is hope; I think we’re going to get there,” Mitchell said. ” It’s going to be a big lift though for all of us, especially if we need action from the General Assembly. That’s going to be a heavy lift”

She suggested any long-term deal might not be done until the 2019 session.

“I hope we’re turning the corner … the most important thing is we get riders back,” she said. 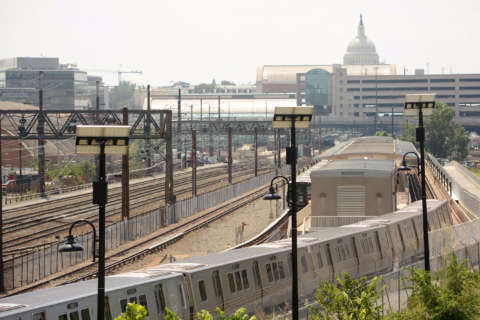 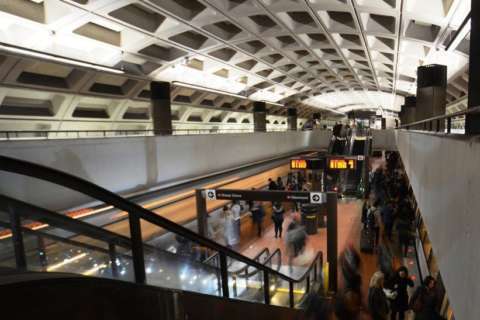