Metro GM: Terror threat ‘keeps me up at night’

An attack could happen anywhere at any time, and Paul Wiedefeld and other Metro officials are among those focused on heading off potential threats.
Listen now to WTOP News WTOP.com | Alexa | Google Home | WTOP App | 103.5 FM

WASHINGTON — A terrorist could strike anywhere at any time, and Metro’s top leaders are among those focused on heading off potential threats.

“One of the biggest things that keeps me up at night is concerning the vulnerability of public transit, [and] it’s not only us, [it’s] around the world,” Metro General Manager Paul Wiedefeld said Wednesday.

Wiedefeld made the remarks while responding to a question from Metro Board Chair Jack Evans, who was chairing a D.C. Council Finance Committee hearing on Metro.

“There are a lot of things that we do that you won’t see,” Wiedefeld said.

Metro has an extensive video surveillance system, and Metro Transit Police Chief Ron Pavlik said his department is in regular contact with federal and other local law enforcement agencies.

“We are definitely engaged, whether it’s daily briefings [or] weekly briefings,” Pavlik said. “But anytime there’s an event overseas or elsewhere, those tactics and strategies are brought back to us, so if there are any lessons learned … we can take away from it.”

Wiedefeld called the communication and video-monitoring programs “excellent.” And he said that while they are doing a lot, “I am also making sure that we don’t sit back, that we’re constantly thinking,” he said.

“Because unfortunately, the people that we’re up against are constantly thinking, trying to get two steps ahead of us.” 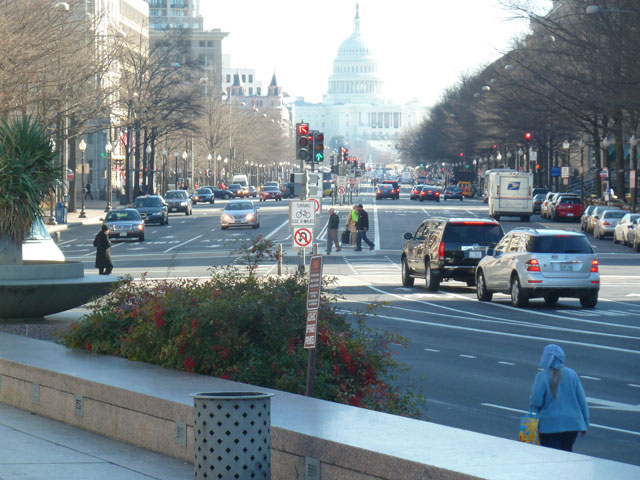